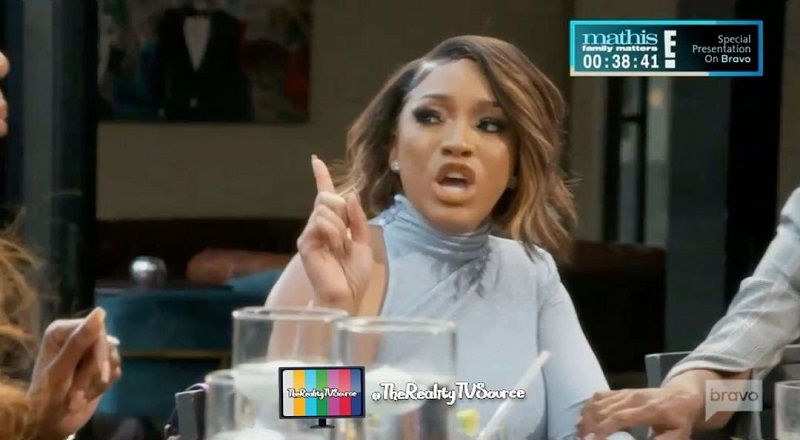 Drew Sidora was once friends with Sanya Richards-Ross. Because of this, Drew brought Sanya onto “The Real Housewives of Atlanta” as her friend of the show. Instead of Drew and Sanya being besties, they have been frenemies. After last night’s episode, Drew and Sanya are well on their way to being enemies, and even Sanya’s mother got involved.

Drew Sidora was originally upset when Sanya began talking against her. Honestly, RHOA viewers did not like what Sanya did, either. As a result, Sanya received a lot of backlash from Twitter. After that, Sanya began receiving support. Despite Sanya uninviting Drew from her Mommi event, fans still began to take her side.

Drew Sidora took shots at Sanya Richards-Ross, last night. During their first argument, Drew told Sanya she was “clout chasing.” Sanya clapped back, telling Drew she is an Olympic gold medalist, not a clout chaser. As a result of Drew insulting Sanya, Sanya’s mother called Drew out. Later in the episode, Drew confronted Sanya over uninviting her from the event. It got so tense that the onetime friends almost fought.

More in Video
DDG – “Storyteller” [VIDEO]
Akademiks says Doja Cat called him a “low-life piece of s*it,” after posting about Doja being in chatrooms with alleged white supremacists, in 2020 [VIDEO]