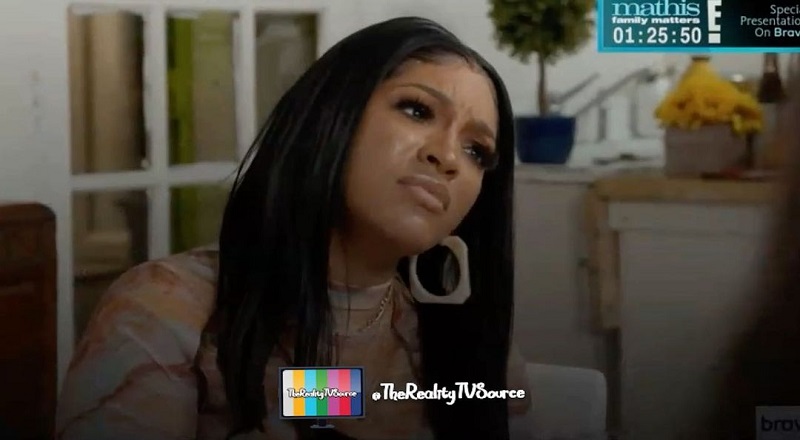 Drew Sidora and Sanya Richards-Ross began this season of “The Real Housewives of Atlanta” as friends. Unfortunately, Drew and Sanya do not look like they are friends, anymore. This season, Drew brought Sanya onto the show as one of her friends. Sanya is a well known athlete, having won an Olympic gold medal for Track and Field.

Drew Sidora, meanwhile, rose to fame playing a fictional version of herself, on “The Game.” In actuality, Drew is a singer, but is more known for her acting. Two years ago, Drew joined the cast of “The Real Housewives of Atlanta.” During Drew’s initial season on the show, she and Kenya Moore had tons of issues with each other. Last week, Drew and Kenya put an end to their feud in hilarious fashion.

Drew Sidora brought Sanya onto the show as her friend. It turns out, Drew found a friend in Kenya while venting to her about Sanya. This was in reaction to Sanya uninviting Drew from her recent event. After all the talk, Drew had the chance to confront Sanya. Their argument was so bad that Sanya’s mother stepped in. At one point, Drew accused Sanya of not paying her makeup artist, before accusing her of clout chasing.