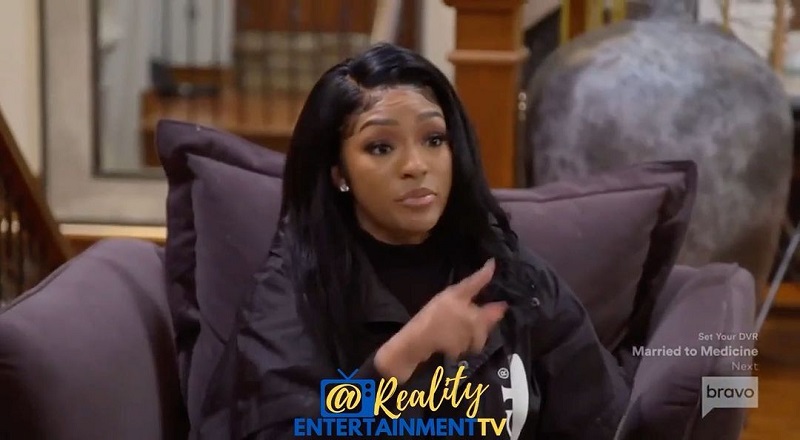 Drew Sidora is only on her second season, on “The Real Housewives of Atlanta.” Despite being a relative newcomer, Drew has had several feuds to her name. Last season, Drew had high profile feuds with Latoya Ali and Kenya Moore. This season, Drew brought her friend Sanya Richards-Ross onto the show. After that, Drew and Sanya began feuding with each other. Most agree that Sanya is the bad friend, but it is still another Drew feud. Now, Drew has issues with Sheree Whitfield and full blown beef with Fatum Alford, which is understandable.

Drew Sidora still joined the ladies on Marlo Hampton’s trip. Even though Marlo is the trip organizer, her feud with Kenya Moore derailed the entire trip. When Marlo was leaving for the first activity, she tried to kick Kenya off the trip. Not only did Marlo try to force Kenya off, she also held the entire trip up for an hour. In the end, Kenya Moore still ended up going with them. Meanwhile, in between time, Drew and Fatum Alford got into an argument, which came close to blows.

Drew Sidora and Fatum Alford argued while they were doing the activity. As a result, Marlo Hampton decided she was leaving. When she told the girls to leave, Drew and Fatum argued again. This time, Drew threw a doggie treat to Fatum, confusing the ladies.