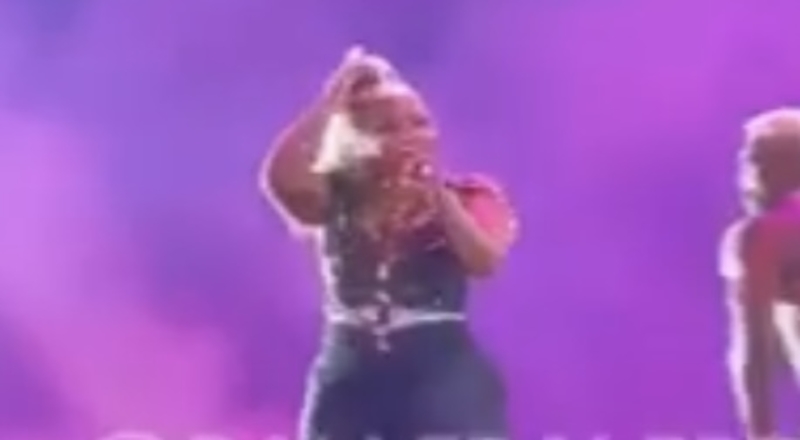 On Friday night, Nicki Minaj performed at the highly anticipated Essence Festival, in New Orleans. Nicki headlined the first night, as fans anxiously waited to see her hit the stage.

Nicki performed many of her classic hit records at Essence Festival, and also brought out Lil Wayne. But, Nicki is also trending for another interesting reason. Many fans believe that Nicki is pregnant, due to many seeing a potential baby bump on her. As of now though, Nicki has not confirmed or denied a possible second pregnancy.

Nicki gave birth to her first child back in September 2020, with her husband, Kenneth Petty. That went on to be a boy, as Nicki refers to him as Papa Bear. Nicki has frequently posted him on social media, as fans have adored those photos and videos.

Nicki has also been very consistent with her music releases, in 2022. This spring she released two singles with Lil Baby, which were “Do We Have A Problem?“ and “Bussin.” She also went on to release her “We Go Up” single, featuring Fivio Foreign.

Check out Twitter reactions to a possible Nicki Minaj second pregnancy, along with her Essence Fest performance, below.