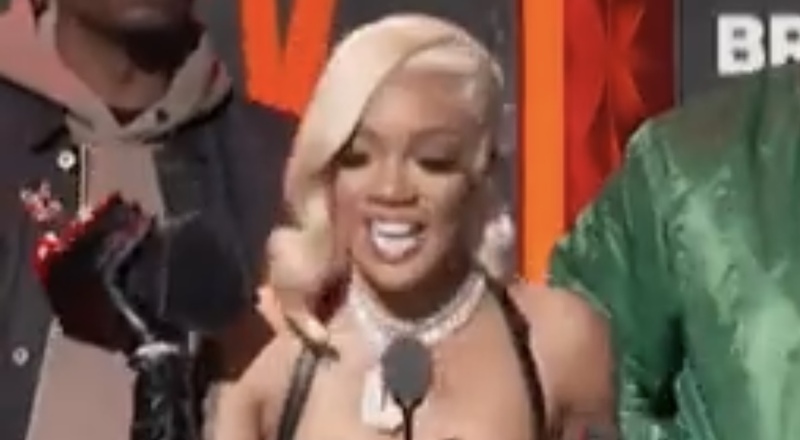 In 2022, GloRilla. has definitely been one of the hottest breakout artists, of the year. It all started at the end of the spring, when her “F.N.F. (Let’s Go)” single, with producer Hitkidd.  That went viral to the point to where fellow Memphis native Yo Gotti signed GloRilla to his CMG record label. F.N.F. is now number 44, on the Billboard Hot 100 chart. The remix was also released last month, as it included JT and Latto.

GloRilla soon followed up with her “Tomorrow” single, on CMG’s “Gangsta Art” compilation album, in late July. The next month, Glo’s “Blessed” single also began to take over the internet. This month, she also put out her “Tomorrow 2” single, with Cardi. That record debuted at number nine on the Hot 100 chart, this week.

Now, GloRilla’s momentum continues to go even harder. The 2022 BET Hip-Hop Awards aired tonight, as she took home a major award. This was for Best Breakthrough Hip-Hop Artist. GloRilla won this over other stars, such as Baby Keem, Blxst, Doechii, Fiviio Foreign, and Nardo Wick.

Check out GloRilla speaking on becoming the Best Breakthrough Hip-Hop Artist, at the 2022 BET Hip-Hop Awards, below.