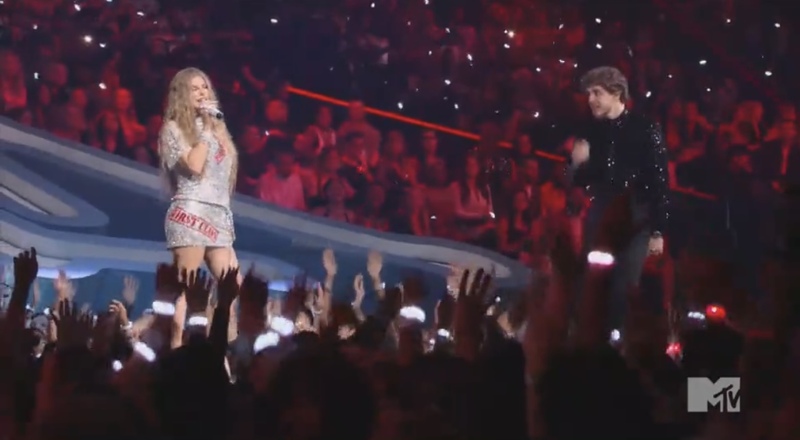 The 2022 MTV VMAs are currently ongoing at the Prudential Center, in Newark, NJ. Jack Harlow opened the show with a performance of his chart-topping “First Class” single, which started out on a plane full of celebrities, which included Saucy Santana, Chlöe, and more.

Harlow soon hit the stage, where he also brought out Fergie, to perform First Class, as well as Fergie’s 2006 hit single, “Glamorous.” On Harlow’s First Class single, he sampled Glamourous.

When Harlow and Fergie hit the stage together, fans loved the energy that these two brought, along with how Fergie is co-signing Harlow. This has since already become one of the best performances of the night, at the VMAs.

Harlow is also tied with Kendrick Lamar and Lil Nas X, for the most nominations at this year’s VMAs. So far, Harlow and Nas X won the award for Best Collaboration, for their chart-topping 2021 “Industry Baby” single. That was soon released on Nas X’s debut studio album, “Montero,” as well. Harlow and Nas X may be on their way to winning even more VMAs, on Sunday night.

Check out Jack Harlow and Fergie’s “First Class” and “Glamorous” VMAs performance, below.