Home » Video » JayDaYoungan’s grandfather says that someone came from behind Jay’s house, and fired shots, in broad daylight [VIDEO] 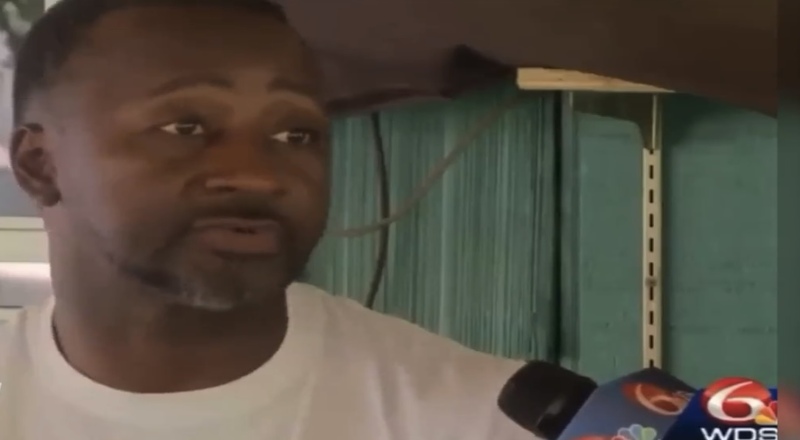 JayDaYoungan’s grandfather speaks on his murder

Two days ago, rising Louisiana rapper JayDaYoungan was tragically shot and killed. His father was also shot in this incident, as that went down in Jay’s hometown of Bogalusa, Louisiana. JayDaYoungan was reportedly airlifted to a local hospital, where he succumbed to his injuries. His father went on to be in stable condition.

JayDaYoungan’s condition had different reports, throughout the night. Many automatically believed that he passed, while his sister went on to shut that speculation down, on social media. Unfortunately though, JayDaYoungan’s life did end early, at the age of 24.

Now, JayDaYoungan’s grandather, L.C Jefferson, is speaking out, about the shooting. He revealed that someone in a ski mask came from behind a house in broad day light, and immediately began firing shots. This was also by a busy road.

“There will be no stone left unturned until we find out who took him,” said Jefferson. “This is only what I hear. Someone came from behind the house with a ski mask on and gunned him down. In broad daylight, on a busy road. People have gotten so comfortable to where they think they can shoot someone down and not be caught.”

Jefferson also reminisced on when JayDaYoungan first entered the music industry. He initially wrote songs late at night, with his cousin.

“I remember when he first started his music. I remember him sitting out here, two and three in the morning with his cousin. Writing music. It is sad that at his young age, just getting stuff right and he had to be taken away.”

JayDaYoungan’s grandfather speaks on his murder

More in Hip Hop News
Takeoff gets caught off guard when girl takes pic of him with beauty app [VIDEO]
Lil Duval denies rumor that he was on life support, after recent car crash in Bahamas, that resulted in broken leg