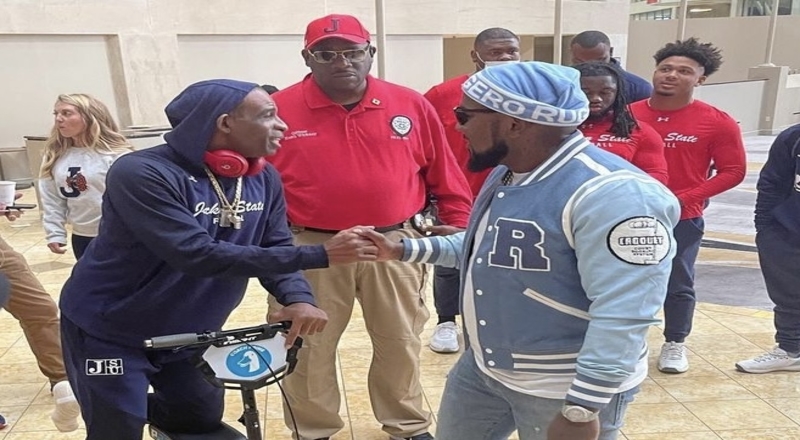 Jackson State University has been one of the most dominant HBCU football teams in the country. Led by NFL legend Deion Sanders as their head coach, the Tigers finished with an 11-1 record this season, and undefeated in their conference.

JSU is currently taking on South Carolina State University, in the Celebration Bowl. This game is being held in Atlanta at Mercedes-Benz Stadium. Before the game though, Sanders brought in one of the biggest celebrities in Atlanta, to speak to his team.

Jeezy met with Coach Sanders and the JSU football team, inside of the CNN Center. The Snowman gave the Tigers a pep talk before the game, as the players definitely appeared excited to see him visit their team.

“My brother @jeezy spoke to our team this morning to get us ready for the @celebrationbowl,” said Sanders. “I LOVE YA MY MAN and can’t wait for you to see what we can do on the field today @jeezy #CoachPrime

More in Hip Hop News
Coi Leray Says Upcoming Debut Album Will Be “One of The Biggest Female Artist Albums in The World”
Cardi B Dolls Won’t Be Sold, Due to Quality Concerns, and Manufacturing Delays