Home » Video » Kanye West tells CNBC that he’s not going to argue with people who are broker than him, about money, when discussing his decision to end deal with Gap [VIDEO] 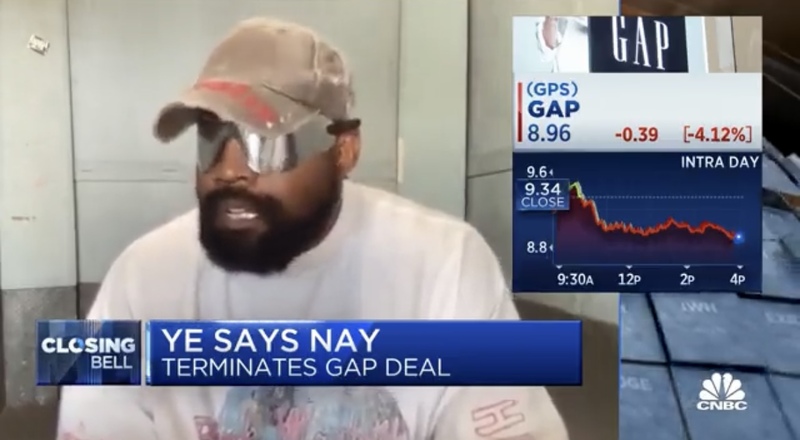 Kanye West says Gap is broker than him

On Thursday, Kanye West filed to terminate his partnership with Gap. He initially signed with the iconic clothing brand, back in the summer of 2020, for a 10-year deal. Now, Kanye is ending this deal, due to Gap supposedly having meetings without him, not releasing clothing as promised, and not opening retail stores specifically for Yeezy Gap apparel. This information was obtained in a letter by the Wall Street Journal.

The remaining Yeezy Gap inventory online and in stores will be sold, until they run out. In the meantime, Kanye also went on CNBC, on Thursday, to discuss ending the Gap partnership. He decided to take even more shots at the brand, by saying “I’m not gonna argue with people broker than me about money.”

Kanye went on to say that Gap brought a leader in (himself) and didn’t allow him to lead. He also doesn’t want to argue with Gap’s employees about this situation either.

Kanye’s issues with Gap also comes as he’s feuding with adidas. He’s accused the brand of stealing designs off of the Yeezy sneakers that he created with them.

Check out Kanye West dissing Gap again, while appearing on CNBC, below.

Let’s go back, back to the Gap!

Kanye West says Gap is broker than him