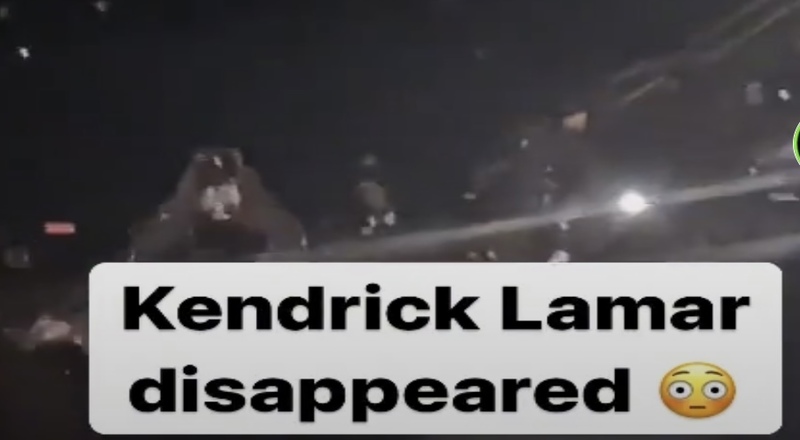 At one of Kendrick’s latest stops, he pulled off an amazing act. During the conclusion of his performance “United In Grief,” he suddenly disappeared. It’s unclear how Kendrick and his team pulled this off, but fans in attendance and on social media were shocked and impressed.

Kendrick has also been making various festival performances, while on tour. In July he headlined day three of the iconic Rolling Loud festival, in Miami. Kendrick went on to bring out Kodak Black as well, as they performed “Silent Hill.” That collaboration was also on Mr. Morale & The Big Steppers.

Check out Kendrick Lamar “disappearing” at the end of his “The Big Steppers” concert in Washington, D.C., below.

@tappedinmusic People are trippin out over what looks like #KendrickLamar dissapearing during his show 😳 This a crazy hologram or what?👇 #kdot #kendricklamaredit #kendrickconcert #kendricklamartour ♬ original sound – Tapped In

Continue Reading
You may also like...
Related Topics:featured, kendrick lamar