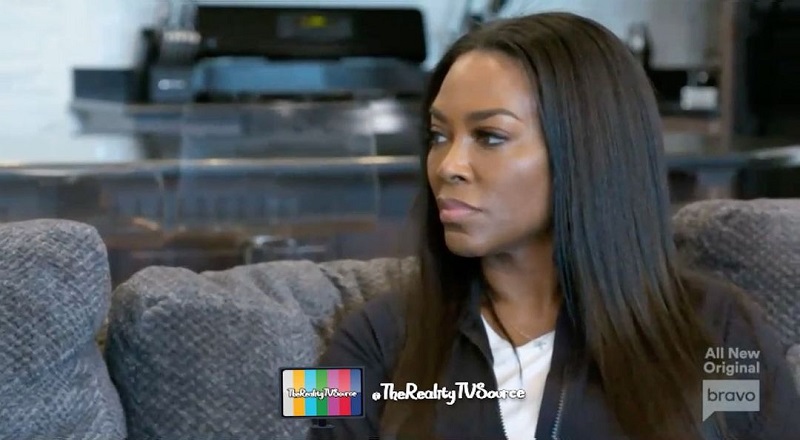 Kenya Moore and Marlo Hampton have known each other for nine years. During Kenya’s second season on “The Real Housewives of Atlanta,” she and NeNe Leakes began feuding. As a result, Kenya went out and befriended Marlo Hampton. Two seasons prior, NeNe introduced Marlo as her friend to the show. While NeNe and Marlo were originally close, they had a falling out. When Kenya reintroduced Marlo, she and NeNe were not on speaking terms. However, NeNe and Marlo would make amends, which impacted Marlo’s friendship with Kenya.

Kenya Moore sat quietly while Marlo Hampton berated her. Marlo went in on Kenya, during a girls’ trip, making fun of Kenya’s mother abandoning her as a child. Fast forward to this season, Marlo has asked Kenya for another chance with their friendship. While Kenya has agreed to forgive, she is proceeding with caution. The two have still been trading insults. When Marlo had her trip, Kenya was not going to go, but came late. On tonight’s episode, Sanya Richards-Ross is asking Kenya to accept Marlo’s gift. When Sanya began to defend Marlo, Kenya gave her their history.

More in Video
Patti LaBelle dances with N.O.R.E. at “Drink Champs,” before doing her interview [VIDEO]
Sanya tells Marlo that Kenya was talking about her nephews (FULL VIDEO) #RHOA [VIDEO]