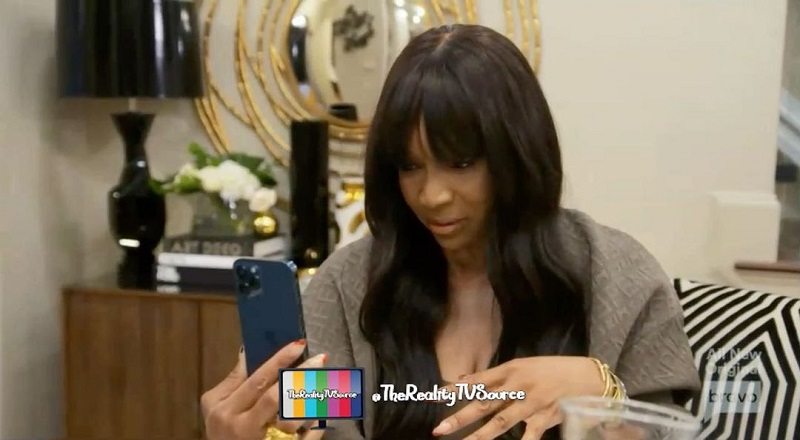 Marlo Hampton and Kenya Moore have a complicated history. Early in 2012, Marlo joined the show as a friend of NeNe Leakes. Only weeks into Marlo’s run, she and Sheree had their infamous argument. After the season, Sheree left the show, as did Marlo. Meanwhile, Kenya Moore joined the show, and after initially liking NeNe, began an infamous feud. The feud began when Kenya brought Marlo back on the show as her friend.

Marlo Hampton and NeNe Leakes briefly repaired their friendship in 2013-2014. After that, Marlo left the show again. The show began to focus on Kenya Moore, her friendships, and her feud with Porsha Williams. In 2016, Sheree Whitfield returned to the show as a friend. When the next season began, Sheree Whitfield joined as a regular. This time, Marlo returned as her friend, and she had serious beef with Kenya Moore.

Marlo Hampton has consistently been a friend of the show since 2017. After much uproar, mostly from Marlo, she finally has her peach. This season, Marlo is the one stirring all of the controversy. A couple of weeks ago, Marlo started beef with Kandi. But, Marlo has a business she is launching, and all of the ladies made fun of it during the launch party. Now Marlo has another event and called Kenya to see where she was. In turn, Kenya said she was sick, after doing Sanya’s event, to Marlo’s dismay.