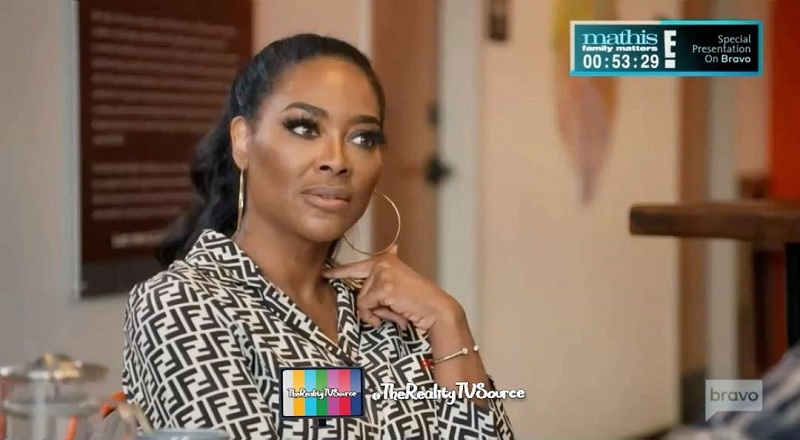 Kenya Moore and Marlo Hampton have a complicated history. Really, Kenya and Marlo’s history is not that complicated. Both Kenya and Marlo are in the same friend circle, but they are not actually friends. At one point, Kenya and Marlo were friends, but they had a hard falling out. Once this happened, Marlo made fun of Kenya being abandoned by her mother, which was completely out of bounds. As a result, Kenya was hesitant about being around Marlo again.

Kenya Moore and Marlo Hampton began rebuilding their friendship, last season. During the hiatus of “The Real Housewives of Atlanta,” Marlo finally got her peach. It turns out, Kandi Burruss helped Marlo get her peach, this past season. Despite this, Marlo has targeted Kandi, this season. On social media, the two have had words. Not only is Marlo coming for Kandi, she is also coming for Kenya on the show. In a recent conversation with Sheree, Marlo spoke badly about Kenya.

Kenya Moore sat down with Sheree Whitfield in last night’s episode. Sheree confronted Kenya over the things Marlo said about her. Basically, Marlo told Sheree that Kenya was not being a good friend to her. As most RHOA viewers know, Sheree was ghosted by her prison bae, Tyrone. Despite this, Marlo was the only friend to comfort Sheree. Last night’s episode saw Kenya sit down and tell Sheree her side of the story, and she also spoke on her opinions on Marlo.