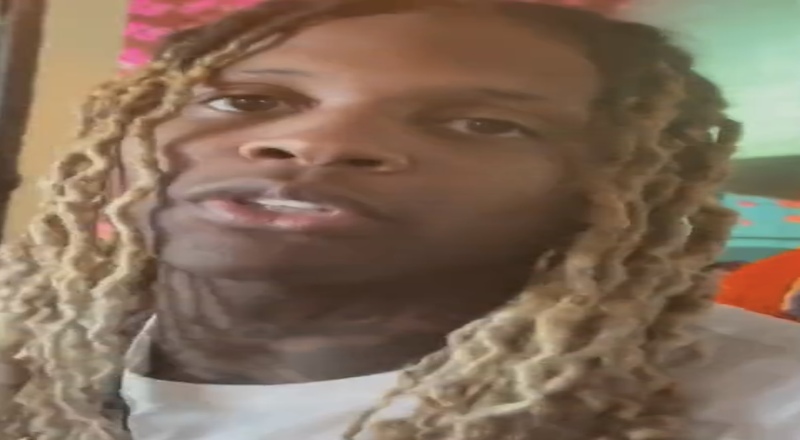 Lil Durk continues to be one of the biggest artists in the industry. In March, he scored his first number one solo album, with “7220.” At the end of June, Durk also went on to put out the 7220 deluxe which also reached the top four, on the Billboard 200 chart.

Durk is also now going viral, for his interaction with Joey Mistretta, Associate Editor at Clutch Points. Durk was asked his early prediction for who would win the NBA Finals, this upcoming season. To no surprise, Durk chose his home team Chicago Bulls. Mistretta mentioned all the players that the Bulls are bringing back, in understanding Durk’s choice.

The Bulls finished with a 46-36 record last season, at sixth in the Eastern Conference. They went on to fall to the Milwaukee Bucks, in the first round of the playoffs.

Durk’s 7220 Deluxe Tour will also kick off on September 17, in Oklahoma City. The tour will run through October 17, as it’ll conclude in Seattle. Guest performers include Nardo Wick and Doodie Lo.

Check out Lil Durk speaking on predicting his Chicago Bulls to win it all next season, below.

@lildurk is the man! He took some time to predict next years NBA Finals champion and spoiler alert… #BullsNation will love his answer! #lildurk #NBA2K23 #lildurk #bulls @chicagobulls pic.twitter.com/Lb732EOBR6

More in Hip Hop News
Roddy Ricch kicks fan on stage at Openair 2022 Frauenfeld
Chloe Bailey says she doesn’t know, at this point, when her solo debut album will be released [VIDEO]