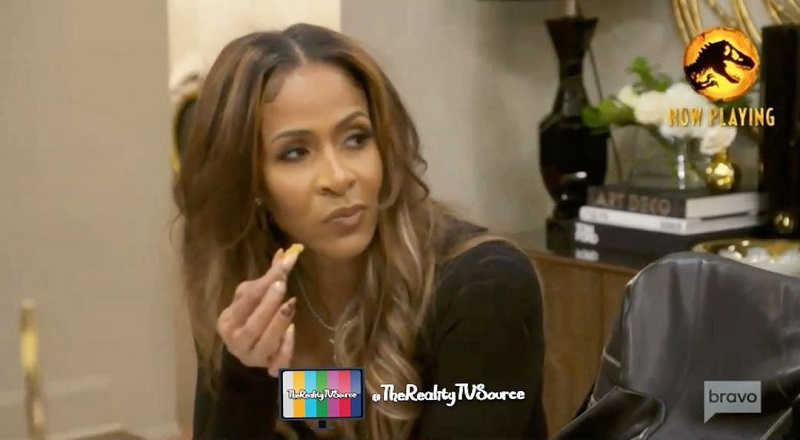 Marlo Hampton cheers Sheree up after Tyrone stood her up

Marlo Hampton and Sheree Whitfield got off to a rocky start. Actually, Marlo and Sheree’s start wasn’t as much rocky as it was bizarre. One of the first times they met, the ladies argued. While it could have turned violent, Marlo and Sheree resorted to making weird faces and noises at each other. For years, when people thought of Marlo and Sheree, they brought that moment up. In actuality, years passed and Marlo and Sheree became good friends.

Marlo Hampton finally earned her peach, on “The Real Housewives of Atlanta.” With that, Marlo invited the ladies to come support her new business. At the launch event for her business, the ladies made fun of Marlo’s product. When Marlo had the second event, it looked like Kenya Moore wasn’t even going to call her in order to let her know she wasn’t coming. As a result, Marlo Hampton was highly upset with Kenya, and the ladies.

Marlo Hampton was the only one of the ladies to actually invite Sheree over after Tyrone left her in a bad way. Woman to woman, Marlo gave Sheree encouragement. When Marlo sat down with Sheree, she told her Tyrone was not worth her time. However, Marlo actually sympathized with Sheree actually having feelings for this man. Sheree opened up to Marlo admitting that she loves hard and wanting to find the best in people.

Marlo Hampton cheers Sheree up after Tyrone stood her up