Home » Video » Marlo tells Sheree she is leaving her own trip, due to the drama (FULL VIDEO) #RHOA [VIDEO] 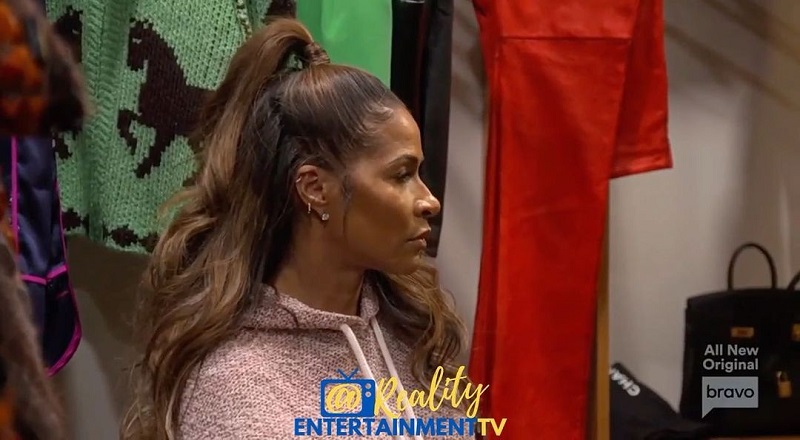 Marlo tells Sheree she is leaving her own trip on RHOA

Marlo Hampton is arguably the most polarizing person on “The Real Housewives of Atlanta.” Ten years ago, Marlo debuted on the show, as NeNe’s friend. Almost immediately, Marlo sparked a lot of controversy. Marlo always speaking on her designer clothes turned a lot of fans off. After that, Marlo and Sheree had their infamous argument. After 2012, Marlo Hampton left the show. Two seasons later, Marlo returned, late in 2013, as Kenya’s friend.

Marlo Hampton spent ten years as a friend of the show. As a result, Marlo Hampton became the butt of a lot of jokes. The running gag was people asking when Marlo was going to get a peach. This season, the joke was on them, as Marlo became a peach carrying member of “The Real Housewives of Atlanta” cast. As an official member, Marlo is partaking the way the other girls do. Tonight’s episode saw Marlo leading a girl’s trip, but everything went left.

Marlo Hampton invited Kenya Moore, despite their longstanding feud. When Kenya refused to speak to Marlo, Marlo kicked Kenya off the trip. With that in mind, Kenya refused to leave the trip. As Marlo tried to begin the activity, Kenya also joined. As a result, Marlo held the girls in the driveway for an hour, which is when Drew Sidora and Fatum Alford began arguing. Once the activity finally started, Drew and Fatum argued again. When the ladies got back home, Marlo told Sheree she was leaving and she was over it.

Marlo tells Sheree she is leaving her own trip on RHOA