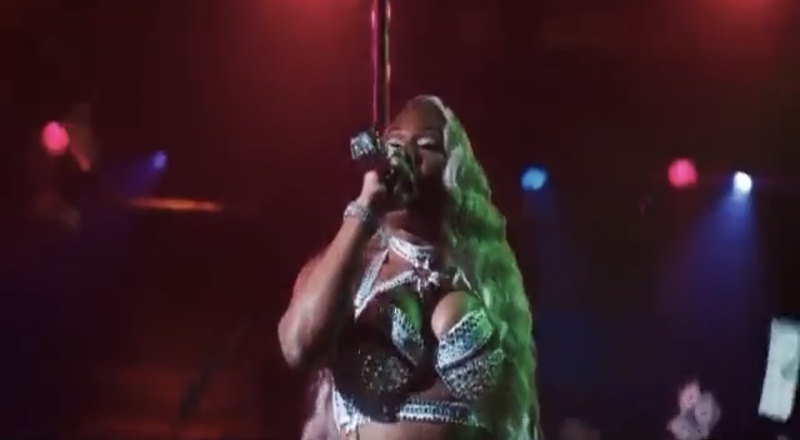 Over a month ago, it was revealed that Megan Thee Stallion would appear in a new episode, of the current second season of “P-Valley,” on STARZ. In a previous episode, Megan’s voice was heard in the background inside a recording studio, where she said “Run that back for a real b*tch.”valley,

On the ninth episode of P-Valley, Megan officially made her appearance, in the show. She plays the character of rapper Tina Show, which is also her alter ego in her actual music career.

In this episode, Tina Snow went on to perform at The Pynk strip club, as the venue finally reopened, after being closed for some time, amid the COVID-19 pandemic. The club was packed that night though, as Tina Snow hit the stage to perform, along with Lil Murda.

Following Tina Snow’s performance, Murda performed. Unfortunately though, a fight broke out, which resulted in Tina being escorted off the stage, and out of the venue. Murda went on to tell Uncle Clifford that the men fighting were after him, as well.

Check out Megan Thee Stallion as Tina Snow in the latest episode of P-Valley, below.