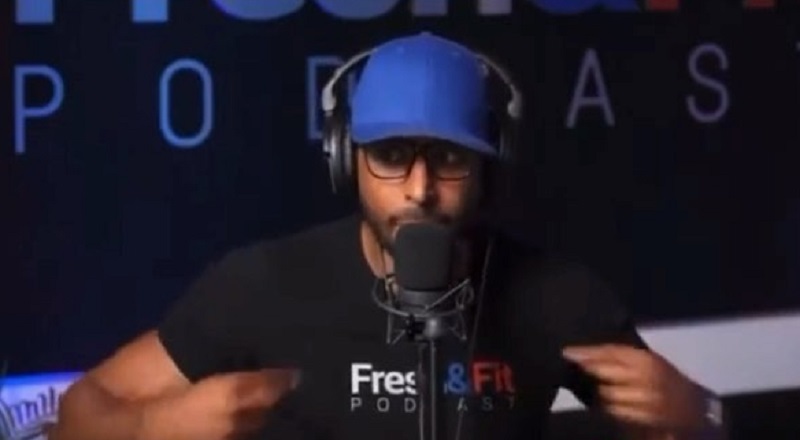 Myron from Fresh and Fit goes on vulgar tirade about women

Myron Gaines has rubbed many people the wrong way, due to his comments and treatment of women. Recently, Asian Doll was on his show, and fans were upset with how he spoke to her. Then, there are the comments that he makes about women, which have upset both men and women.

Since this morning, Myron has gone viral, again. This time, a clip has resurfaced of Myron speaking on his stance about women. Comparing women to cars, Myron questioned why he’d have to pay full price for a used one. The way he spoke about women was disheartening to hear, especially when he began calling women out of their names. His commentary was vulgar and profane, as he put these women down. After this latest clip went viral, people are convinced Myron is dealing with heartbreak.

Myron from Fresh and Fit goes on vulgar tirade about women