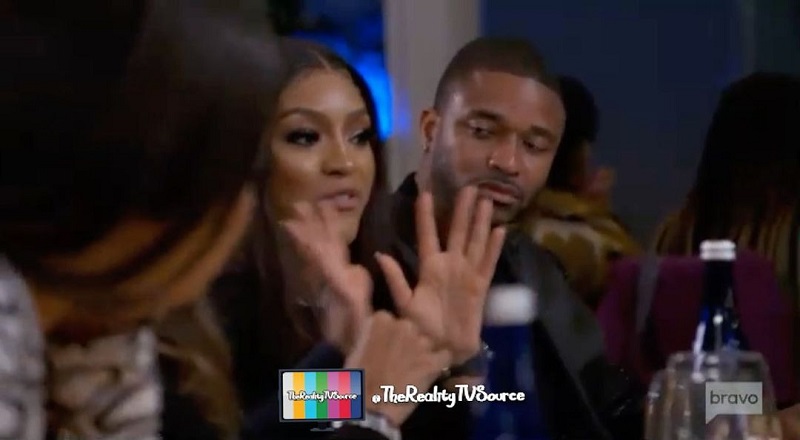 Sheree Whitfield and Drew Sidora have already gotten off on the wrong foot. Drew was initially excited to meet Sheree. Before Drew Sidora joined “The Real Housewives of Atlanta” cast, she was a fan of the show. However, when Drew met Sheree, she felt dismissed by her. As a result, Drew Sidora vented her frustrations with Kenya Moore. Eventually, Drew Sidora and Sheree Whitfield ended up having an argument.

Sheree Whitfield has mostly been unbothered by Drew Sidora. However, with Sheree hearing what Drew is saying about her is causing tension. For those who don’t know, Drew claimed that Sheree’s former assistant told her that she didn’t pay her. This information was further shared by Kandi Burruss, in addition to Drew. In last night’s episode, Sheree came back with some information for Drew, since she had so much to say.

Sheree Whitfield became involved in drama, towards the end of her original run. The role Sheree played in the ending of Kandi and Kim Zolciak’s friendship is often overlooked. When Sheree returned, she earned the nickname “The Bone Collector,” for her habit of carrying news. In her second return, Sheree is being accused of not paying her past assistant. As a result, Sheree shared info for Drew and her husband, Ralph. She shared that rumors suggest that Ralph is gay.

More in Video
Benzino turns himself in to police, after warrant was filed, due to previous altercation with his baby mama Althea Heart, and her boyfriend
Kenya Moore tells the ladies Drew’s husband Ralph reminds her of her ex, Marc Daly (FULL VIDEO) #RHOA [VIDEO]