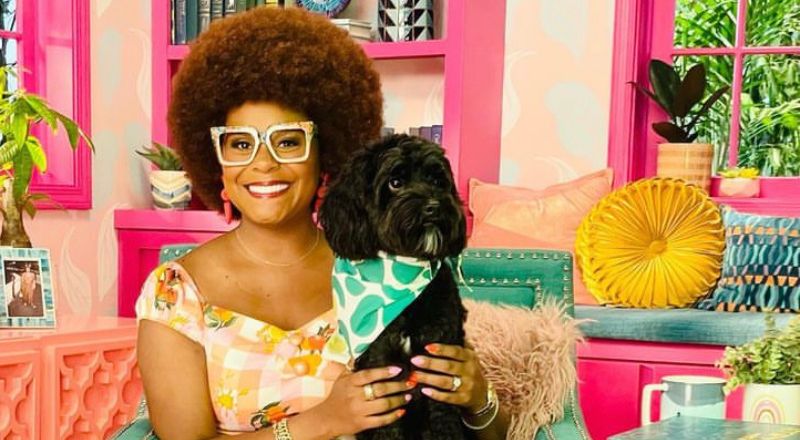 Tabitha Brown is a social media superstar, that keeps shining. In a very emotional video clip, Tabitha announced her children’s show Tab Time received two DayTime Emmy nominations. The show aired December of 2021 as a Youtube Original Series, targeting kids between the ages of three and five. The series includes music, healthy recipes, animations, and adventures as viewers follow Tabitha in her garden. The show features other celebs like Lil Rel, Miles Brown and Lena Waithe.

Tabitha Brown rose to fame during the pandemic for her warm and inviting videos. Spreading a message of love, God and healthy living, she quickly became everyone’s favorite socialite. Starting out with vegan cooking videos, Tabitha captured the hearts of millions with her loving personality. Gaining millions of followers including celebrities alike, Tabitha became a voice of the pandemic and social media. HuffPost also named Tabitha as “America’s Mom” in a viral 2020 article.

Tabitha Brown’s brand has expanded drastically since her rise to fame. After landing representation with CAA a top agency with clientele such as Will Smith and Beyonce, her resume continues to grow. Tabitha has been featured on shows like The Chi as well as The Ellen Degeneres show. All episodes of Tab Time are available on Youtube.

Y’all look at what the Lord has done😭😭😭😭. Tab Time is nominated for not 1 but 2 @DaytimeEmmys 1 for Outstanding preschool series and 1 for me as Outstanding Host 😭 🙌🏾OOHHH GOD I THANK YOU🙌🏾. Y’all DREAMS really do come true!! #tabithabrown #emmynominated #TabTime pic.twitter.com/9ncEpKu4Ye

More in Video
Quavo got into argument with group of men outside of Houston bowling alley, prior to guns being fired, and hitting Takeoff [VIDEO]
Woman blows the dust off her vows after marrying her boyfriend of fifteen years [VIDEO]