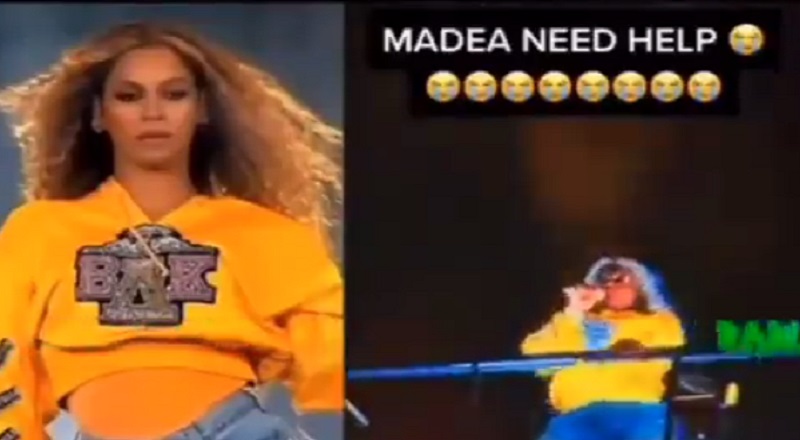 If it weren’t for Madea, Tyler Perry likely wouldn’t be the billionaire that he is. For a decade before he rose to fame, Tyler Perry was selling out stage plays as Madea. In 2005, he had his breakthrough, with Diary of a Mad Black Woman, and it was a tremendous success.

Tyler Perry would also score a $200 million TV developmental deal with TBS. From 2006 through 2013, he worked with TBS. In 2012, Tyler Perry reached a deal with Oprah Winfrey to do a TV deal with OWN. Starting in 2013, Tyler Perry developed shows for OWN, until 2019.

Viacom has now secured Tyler Perry for a TV and film deal, which propelled Perry into billionaire status. He has now released his newest film, A Madea Homecoming, via Netflix. When the movie hit, the fans reacted to a scene where Madea, who is played by Perry dressed in drag, is dressed as Beyonce, also dancing like her. On Twitter, Tyler Perry began trending last night, as the fans are going in on him. While Perry was originally loved for his portrayal as Madea, fans have since expressed displeasure in his decision to dress like her.