Home » Video » Tyrone explains why he stood Sheree Whitfield up, saying he was on house confinement, when she came to see him [VIDEO] 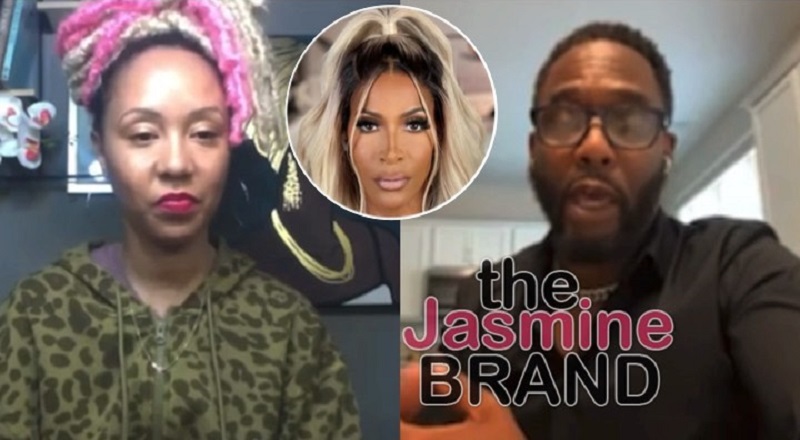 Tyrone Gilliams explains why he stood Sheree Whitfield up

Tyrone Gilliams’ claim to fame is “The Real Housewives of Atlanta.” Initially, Tyrone Gilliams was Sheree Whitfield’s “prison bae.” As a result, Tyrone was only mentioned, but never seen. Upon his release from prison, Tyrone showed up in Sheree’s social media posts.

Tyrone Gilliams disappeared from the public eye, when Sheree Whitfield left “The Real Housewives of Atlanta.” In 2022, Sheree returned to RHOA. With that in mind, many fans wanted to know if Tyrone would be on the show. To that end, Sheree traveled to Philadelphia to see him, but he never showed.

Tyrone Gilliams was blasted by Sheree Whitfield, RHOA fans, and the cast for ghosting Sheree. As a result, Tyrone took legal action against Bravo. It turns out, there was more to the story. While Tyrone was released from prison, he was still in custody. In an effort to clear the air, Tyrone Gilliams actually spoke with The Jasmine Brand. During the interview, Tyrone Gilliams explained that he was unable to meet Sheree, when she arrived. Despite being free of prison, Tyrone was still in custody, due to being in home confinement. As a result, Tyrone could not meet Sheree.

Tyrone Gilliams explains why he stood Sheree Whitfield up

More in Hip Hop News
Kelis is upset her song, “Get Along With You,” was sampled by Beyonce for “Energy” without her knowledge or permission
Sesame Place Philadelphia facing $25 million discriminatory lawsuit from man, after dressed up characters allegedly refused to acknowledge Black children and guests