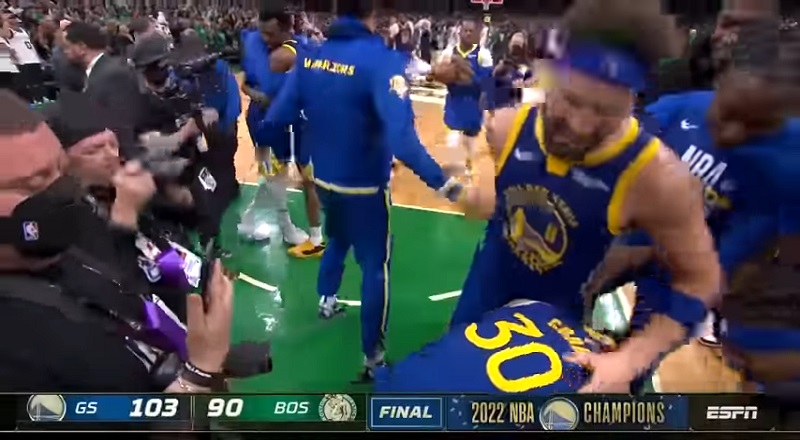 The Golden State Warriors are the 2022 NBA champions. When the series began, the Warriors were the heavy favorites to win the title. After three games, it looked like the Boston Celtics were going to be the champions. Not only that, Jaylen Brown was playing like he would win the Finals MVP award. At the time, the Celtics led the series 2-1.

The Golden State Warriors faced falling behind 3-1, during Game 4 in Boston. Stephen Curry played well through the first three games of the series. However, the Boston Celtics seemed to be unstoppable, at that point. While the Celtics became the favorites to win the title, critics said Curry needed his teammates to help him.

The Golden State Warriors overcame a whirlwind season to become champions. After a slow start, the Warriors raced out to the NBA’s best record. Initially tied with the Suns, the Warriors’ injuries caught up to them, and they settled into the third seed. To win the title, the Warriors beat the Nuggets, Grizzlies, and Mavericks to face the Celtics for the title. In Game 6, Curry dominated to win Finals MVP.