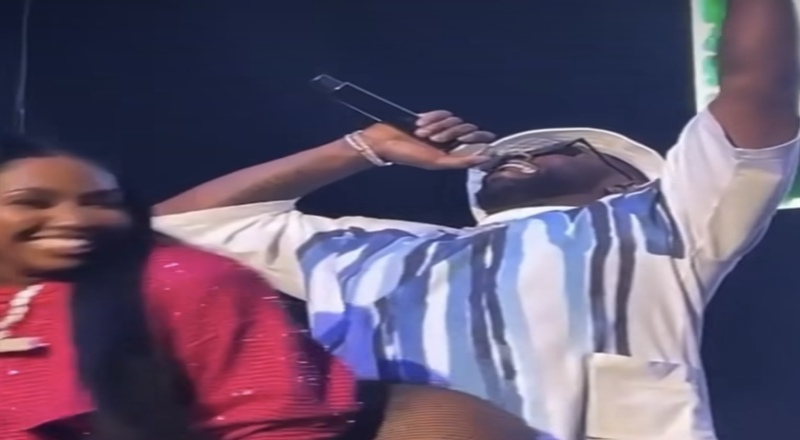 City Girls‘ Yung Miami and Diddy have been seeing each other, for over a year now. The two have been spotted on various vacation spots, and parties. Many fans began to wonder if Diddy and Miami were officially a couple.

A few months ago, Miami and Diddy spoke about how they have been dating, during Miami’s “Caresha Please” show. Despite this, many still get the impression that this is an open relationship, and nothing serious. Miami also recently claimed on Twitter that she is single.

Now, Miami appears to still show that she has full interest in the Bad Boy mogul. At a recent concert, Miami was seen grinding on Diddy, as he was performing. Both were all smiles, while Diddy was using his microphone.

This all comes as Diddy has been getting bashed on social media, for claiming that the R&B is dead. He went on to get various names on Instagram live to discuss the genre though, such as Tory Lanez, Summer Walker, Tank, and more. Diddy has also been promoting his own R&B record label, Love Records.

Check out Yung Miami dancing on Diddy at her latest concert, below.

More in Hip Hop News
Quando Rondo was in the middle of a shooting in LA, in broad daylight, as his friend, Lul Pab, was killed
Chris Brown claps back at “Who killed R&B?” social media debate