Home » Hip Hop News » 21 Savage responds to fan, who thinks it’s hypocritical that 21 says people in Atlanta need to stop gun violence, even though he raps about guns 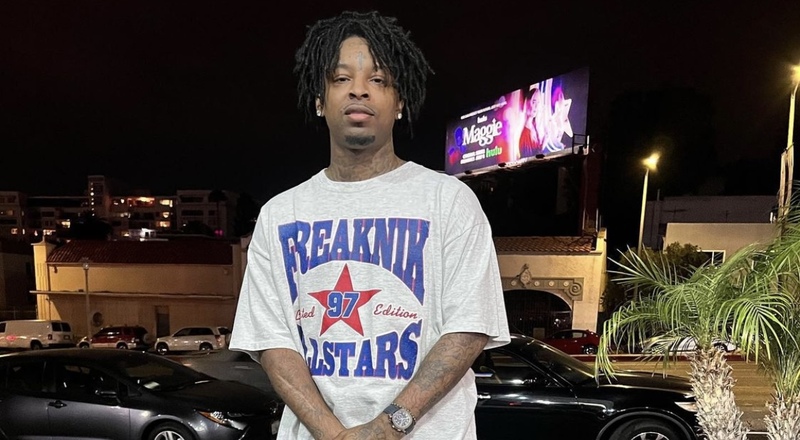 21 Savage responds to fan who brought him his gun lyrics

21 Savage has been one of the biggest rappers to come out of Atlanta, in the past five years. He stormed into the scene in the summer of 2016, with the breakout success of his “X” single, featuring Future. That record appeared on 21’s “Savage Mode” EP with Metro Boomin, which was also another massive win for him.

On Monday morning, 21 trended on Twitter, due to him wanting gun violence to end, in his hometown. He pleaded with people to finally put the guns down.

Many fans soon flooded 21’s mentions, as they cited how he brags about using guns, in many of his songs. 21 went on to respond to one fam, as he explained how lyrics are used for entertainment purposes. 21 also emphasized how he gives back to his community, and preaches financial literacy.

“A Song Is For Entertainment It’s Not An Instruction Manual On How To Live Life In Real Life I Give Away A lot Of Money And Spread Financial Literacy To My Community Stop Trying To Make Me 1 Dimensional.”

Check out 21 Savage speaking on wanting gun violence in Atlanta to end, as well as him explaining the use of his lyrics, below.

21 Savage responds to fan who brought him his gun lyrics