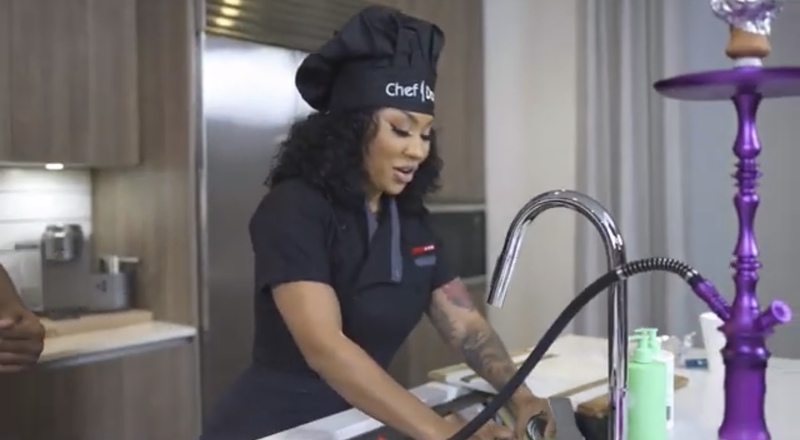 Earlier this month, Moneybagg Yo randomly tweeted out a photo of a woman showing off a baby bump. No face was shown, but many assumed that it’s his on and off girlfriend, Ari Fletcher. Moneybagg eventually went on to delete the tweet, as neither he or Ari addressed it.

Now, Ari is finally speaking on that photo, and confirms whether or not that she’s pregnant. On her YouTube cooking show “Cooking With The Don,” she confirmed on Monday night, that she is expecting a child with the Memphis rapper. There, Ari said to her friend who appeared on the show, “That was me.”

Ari and Moneybagg have been dating since late 2019, and have frequently posted each other, on social media. This past summer, Moneybagg even purchased her a Lamborghini truck, which eventually supposedly got repossessed. Many believe that Moneybagg did that, due to breakup rumors.

Meanwhile, Moneybagg continues to be one of the hottest rappers in the industry. He’s released singles such as “See What I’m Sayin” and “Blow,” last week, in honor of his 31st birthday. In 2021, Bagg’s “A Gangsta’s Pain” project became his first number one album.”

Check out Ari Fletcher confirming her pregnancy with Moneybagg Yo, below.