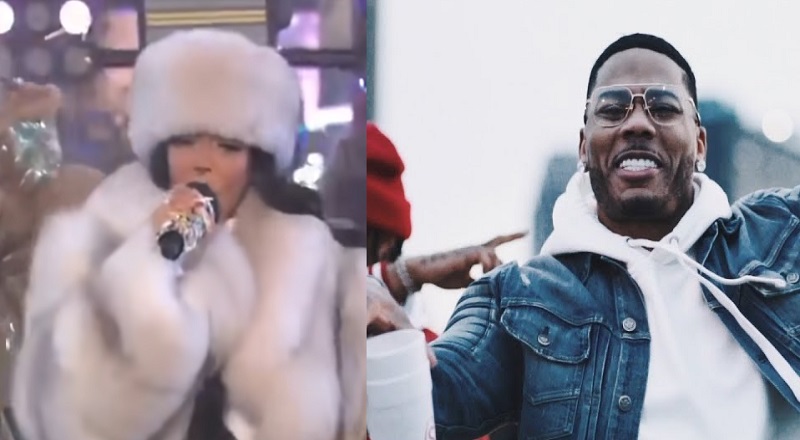 The world will forever link Ashanti and Nelly. Last year, Ashanti was at the center of the Fat Joe / Ja Rule Verzuz competition. Both Ja Rule and Fat Joe have had some of the biggest hits of their career with Ashanti. But, Fat Joe has another hit with Nelly, who called Joe to be at Verzuz, when he heard he was battling Ja Rule.

Nelly wasted no time going over to Ashanti to get a hug from her. The moment went viral, as Nelly actually dapped Ja Rule and Chris Gotti on his way to Ashanti. After the awkward hug, the media asked them about the hug. Some said Nelly may want her back. Ashanti made it clear it was over and that she has a new man.

This afternoon, Nelly accidentally leaked a video on Twitter of himself with a lady friend. Clearly, Nelly moved on after not getting with Ashanti again. However, the public hasn’t moved on, as Ashanti began trending on Twitter, after Nelly’s video leaked. Despite Nelly deleting the video, it has made its way around the internet, this afternoon and evening.