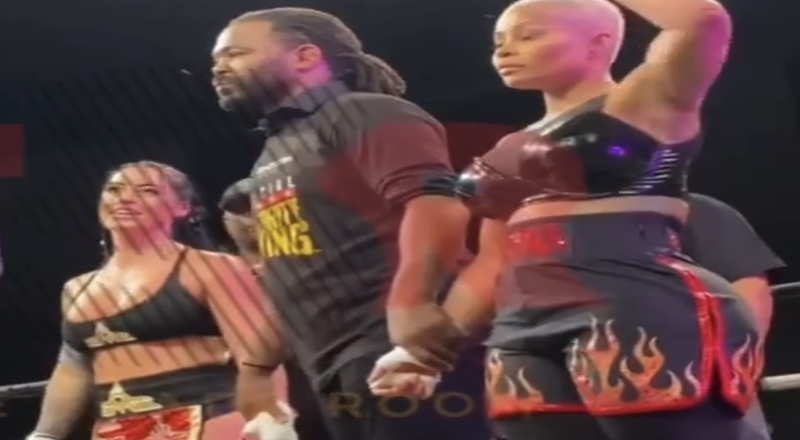 Last month, it was announced by Celebrity Boxing, that Blac Chyna would be hitting the ring, on June 11. Chyna was set to face Alysia Magen, who is an Instagram model, and an Air Force veteran. This fight would also help benefit charity.

On Saturday night, Chyna vs Magen did happen. This fight was held at the Charles F. Dodge City Center in Pembroke Pines, FL. Many believed that Magen easily won this match, but surprisingly, the judges decided that this was a draw. That soon resulted from boos in the crowd.

Leading up to Chyna vs Magen, there was definitely hype between the two. At the weigh-ins, there were pushing, and even a Kardashian diss, towards Chyna. That resulted in Chyna lunging at her. Magen also put out a diss track, on the day of the fight.

Chyna’s fight comes over a month after she lost the defamation lawsuit that she filed against the Kardashians. She has since decided to appeal the decision. Chyna also ended up getting baptized on her birthday, following that very long trial, vs the Kardashians.

Check out some highlights of Blac Chyna vs Alysia Magen, below.