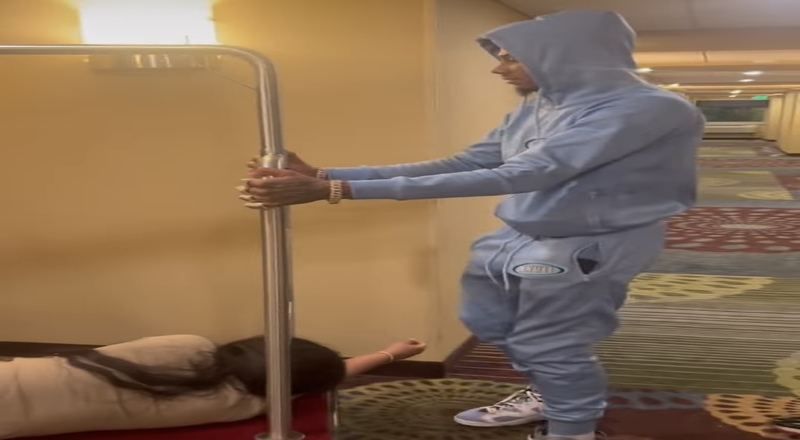 This year, Blueface has been trending heavily, due to his relationship with Chrisean Rock. This has been a very odd one, due to the two having plenty of toxicity. Blueface and Chrisean have gotten into multiple altercations, including one where Chrisean resulted to punching him twice in the face, in Phoenix. She went on to be charged with criminal trespass and disorderly conduct.

This month, Blueface was also seen punching Chrisean’s father, outside of a Baltimore hotel. This was reportedly due to her father striking Blueface first. Chrisean later went on to post and delete a tweet, explaining how her father was absent, and even allegedly abused her mother. Blueface even took to his Instagram stories, to boldly say that he is Chrisean’s new father.

Now, Blueface and Chrisean are going viral, once again. The two appeared to have a lot of drinks on Sunday night, as Blueface posted Chrisean intoxicated, in his Instagram stories. He asked if she couldn’t handle Hennessy, and also recorded her throwing up. Blueface later went on to post videos of Chrisean laying down on a hotel luggage handler, as she was still intoxicated.

Check out the aftermath of Blueface and Chrisean Rock’s wild night, below.