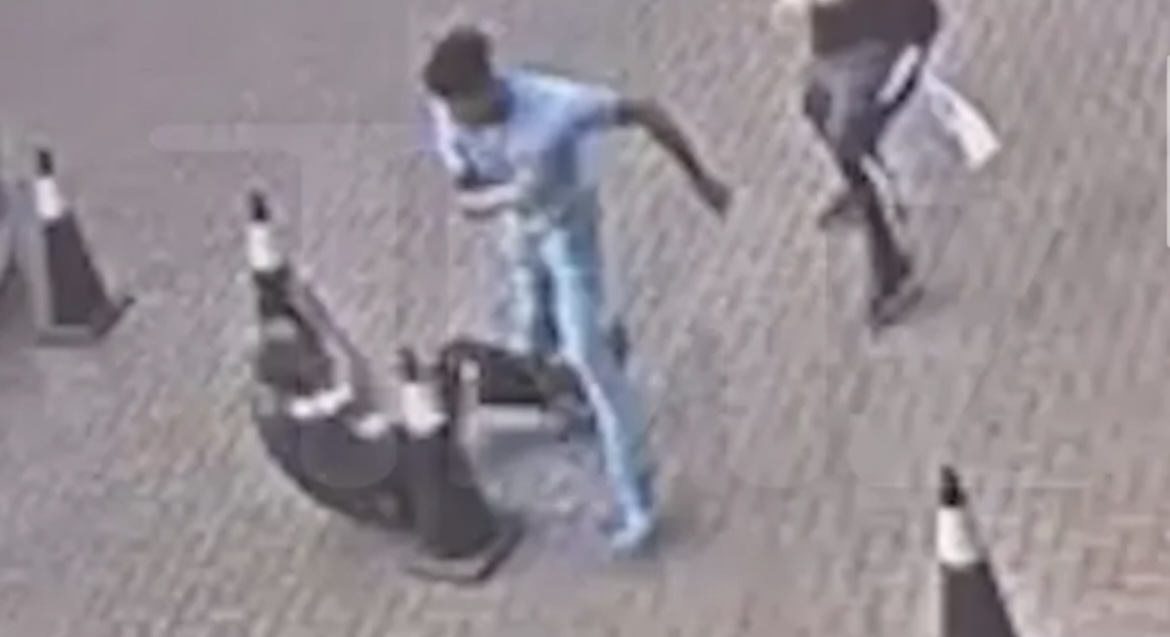 On Friday, footage went viral of Blueface allegedly knocking his girlfriend Chrisean Rock’s dad out. This altercation is said to have went down at the Four Seasons hotel, in Baltimore.

Chrisean later took to Twitter to say that the person that Blueface knocked out, was her father. She excused this incident though, as she explained how her dad was an absent father, who also abused her mother. Chrisean even said that someone knocking her dad out, was overdue. She went on to quickly delete the tweets, though.

According to TMZ, another video is found viral, of the fight between Blueface and Chrisean’s dad. Based on this footage, Chrisean’s dad was the first to throw a punch at the Los Angeles rapper. Blueface stumbled a bit, but soon three a punch, which missed. He was soon able to land multiple shots on Chrisean’s dad though, which sent him to the ground.

Baltimore PD were eventually called, about an incident for disorderly conduct and assault. No arrests were made, though. Following the incident, Blueface also took to his Instagram stories, to subliminally say that he’s Chrisean’s new daddy.

Blueface and Chrisean’s relationship has been toxic overall, as the two have had multiple physical altercations, with each other, but still remain a couple. The two were even in an NY Fashion Week event together though, as they shared a kiss on the runway, this week.

More in Hip Hop News
Tee Grizzley loses $1 million worth of jewelry and cash, after his LA area home is broken into
Doc Rivers trends on Twitter after people found his likes; Rivers speaks out and says someone logged into his account