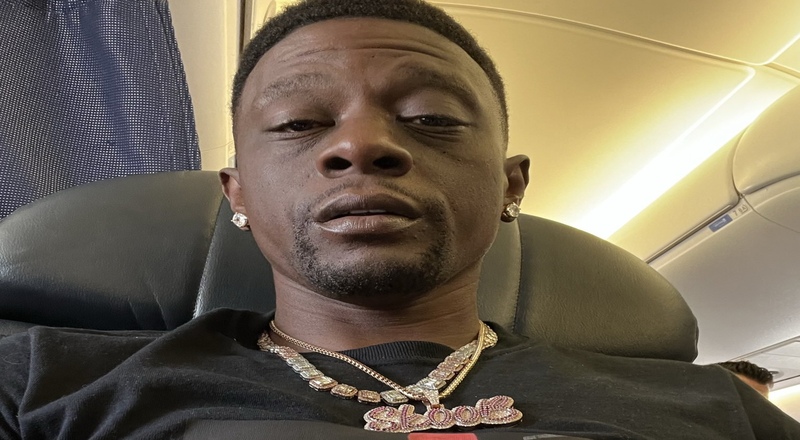 On Monday, PnB Rock tragically lost his life, after being shot and killed, in Los Angeles. At the time, he was eating at Roscoe’s Chicken and Waffles, with his girlfriend. The Philly rapper was reportedly targeted in a robbery, as he was the only one shot, at this Roscoe’s location.

Gruesome footage soon surfaced on social media, as PnB was seen lying down on his stomach, in a floor full of blood. He was taken to a local hospital, but died from his injuries. PnB was only 30 at the time, and leaves behind two children, that he had with his girlfriend.

Many on social media soon discussed how many rappers have recently been killed, in LA. This dates all the way back to The Notorious B.I.G., to Pop Smoke, Drakeo The Ruler, Slim 400, and Nipsey Hussle, since 2019.

Now, Boosie is taking to Twitter to explain how LA is now becoming the rap murder capital. Boosie added that people need to keep their fingers on the trigger at all times, and be ready to shoot at all times. Boosie emphasized that many will rob and kill others, in LA.

More in Hip Hop News
Kodak Black gets criticized on Twitter, after saying PnB Rock’s girlfriend needs to kill herself, for sharing their Roscoe’s location, on Instagram
Cardi B donates $100,000, while visiting her former middle school, in The Bronx [VIDEO]