Home » Hip Hop News » Cardi B says people owe PnB Rock’s girlfriend an apology, for blaming her for PnB being targeted in shooting, after police now say shooter was at Roscoe’s before PnB arrived 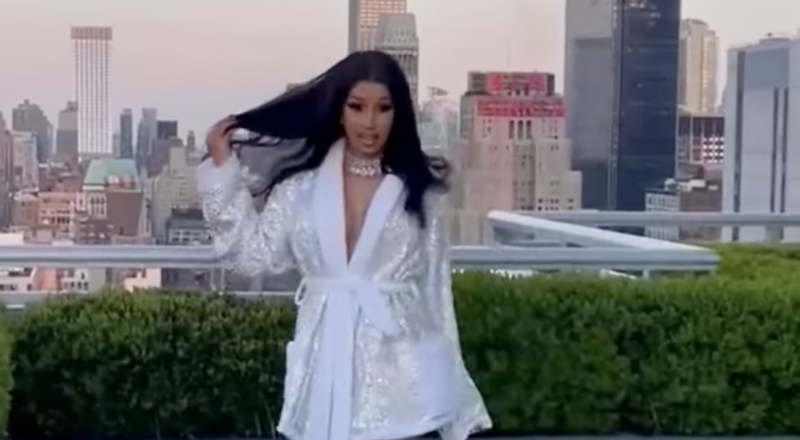 On Wednesday, there were huge developments in the shooting death of PnB Rock, from this month. At the time, he was targeted in a robbery for his jewelry, which resulted in shots being fired. The Philadelphia rapper was soon seen in a pool of blood, as he was taking his last breathes. This was at a Roscoe’s Chicken and Waffles restaurant, in south Los Angeles.

Wednesday saw a 17-year-old suspect get arrested, as he is labeled as the shooter in this case. His father, Freddie Lee Trone, was the getaway driver. Trone is said to still be on the run. LAPD also added that Trone and his son were already at Roscoe’s, before PnB and his girlfriend even got there.

In the aftermath of the shooting, Stephanie Sibounheuang, who is PnB’s GF, faced backlash. This is due to her posting the location of the Roscoe’s they were at, while she was showing off her food. This was unfortunately happening for weeks, as she got many of the blame, instead of who took PnB’s life.

After this latest development in PnB’s murder, Cardi B is now speaking out. She says everyone needs to apologize to Sibounheuang, for pinning PnB’s death on her. Many agree with Cardi, as critics are pointing fingers at the wrong person, instead of who took PnB’s life away.

Told y’all……Yall must not know how the hood moves …. Y’all owe that girl a apology for the shit y’all put her through knowing that she saw her baby dad die in her face….Social media investigators YALL SUCK!!!! https://t.co/zcaaznt12h

Continue Reading
You may also like...
Related Topics:cardi b, featured, pnb rock

More in Hip Hop News
Coolio passes away at 59, after suspected cardiac arrest, while visiting friend’s home
NBA Youngboy welcomes his 10th child, at the age of 22