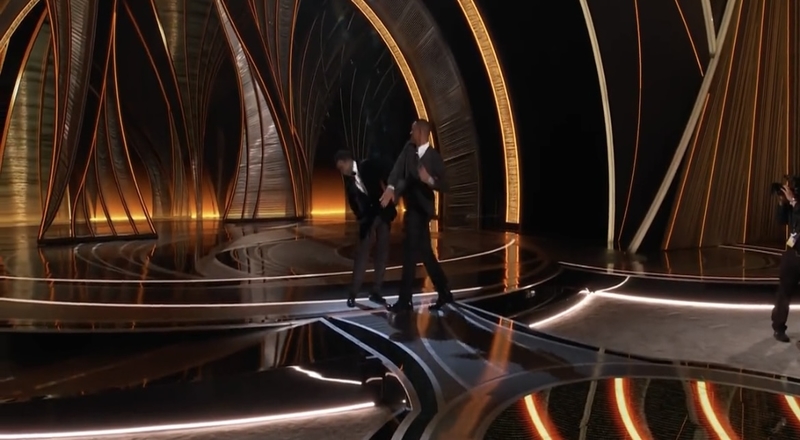 Social media is still buzzing, after Will Smith’s shocking viral Oscars moment. That came when he slapped Chris Rock on stage, for making a joke about Jada Pinkett’s hair loss condition. This appeared to be something that Rock didn’t know about as Smith yelled “Keep my wife’s name out of your f*cking mouth.”

The Academy has since opened a “formal review,” into the incident. If Smith does get punished, many speculate that his Oscar win that night, for Best Actor, for his role in “King Richard,” could be taken away. Future invites to the Oscars could also be removed.

Last night, Will Smith went on to apologize to Rock, in a statement on Instagram. He condemned violence, and emphasized that he wanted to stand up for Pinkett. Smith added that his own behavior was “unacceptable and inexcusable.”

Now, Rock is rumored to be apologizing to Smith and Jada, as an apology statement is floating around. The Hollywood Reporter’s Senior Film Editor Rebecca Keegan has reported that Rock’s team has denied issuing any statement or apology to Smith and Pinkett, for now.

“Chris Rock has not yet issued a statement. There is a statement going around purporting to be from Rock that is not from him, per his team. It’s the one that starts, ‘As a comedian it can be difficult to understand.'”

Rock’s comedy show ticket sales have also increased, since this incident. He will begin his Ego Death World Tour, on April 2.

More in Hip Hop News
Doja Cat continues to say that she’s retiring from music
Kodak Black planning to donate some of his earnings from upcoming Dubai appearances, to charity