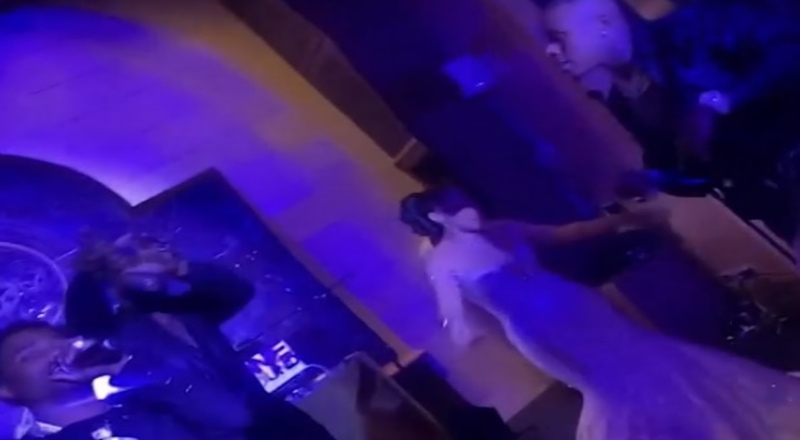 Over the weekend, Golden State Warriors Forward Draymond Green became a married man. According to TMZ, he had his wedding ceremony with his fianceé, Hazel Renee, as they previously got engaged back in 2019.

This wedding ceremony definitely had plenty star presence, as DaBaby, Roddy Ricch, Stephen Curry, Jayson Tatum, LeBron James, Klay Thompson, and more, were in attendance. LeBron’s agent Rich Paul, as well as his business partner Maverick Carter, were also there to enjoy the wedding with LeBron and Green.

DaBaby also performed his 2020 chart-topping hit single, “Rockstar,” with Roddy Ricch. Draymond and Renee also enjoyed the performance, as they rapped along to the lyrics. This record initially appeared on DaBaby’s third studio album, “Blame It On Baby,” in the spring of 2020. That went on to become his second straight number one album, and is platinum in the US.

Check out a closer look at Draymond Green’s wedding, as well as DaBaby and Roddy Ricch’s performance, below.

Draymond had DaBaby and Roddy Ricch perform at his wedding 🔥

Stunning pre-wedding shoot of NBA star #Draymondgreen and his long-time fiancée #Hazelrenee. 💞😍
Congratulations to the couple. 🎉🎉