Home » Hip Hop News » Doja Cat goes off on critics on Twitter, by accusing them of always wanting her to look “f*ckable” 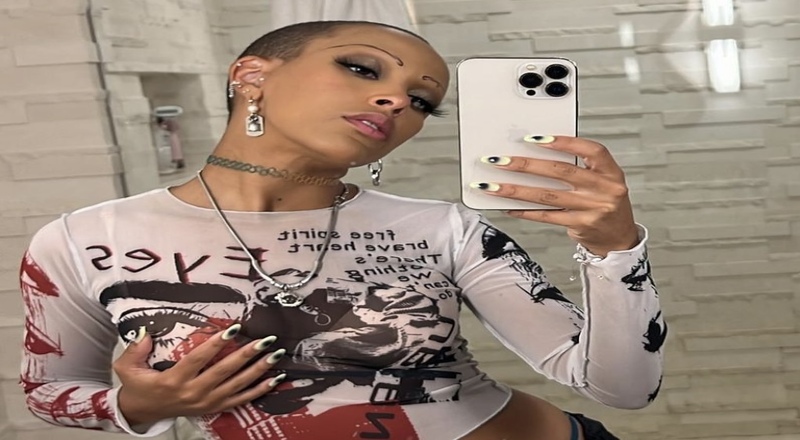 It’s been a very interesting summer, for Doja Cat. Back in May, she had to undergo tonsil surgery, after her tonsils got infected before the 2022 Billboard Music Awards. This caused Doja to cancel her appearances on The Weeknd’s upcoming “After Hours Until Dawn” Tour, as well as her upcoming festival performances.

Last week, Doja also surprised fans, after shaving her hair and eyebrows off. This was done while on Instagram Live, as Doja went on to emphasize that she is not going through any sort of cry for help.

Doja is also still very active on Twitter, and is quick to clap back at any hate towards her. This time, this is regarding many fans expecting her to always look good. The singer/rapper went on to clap back, as she accused people of wanting her to seem “f*ckable.”

“I won a grammy and traveled the f*cking globe i’ve had a #1 and i went platinum. I make hit after hit after hit and you all want me to look f*ckable for you so that you can go home and jerk your cocks all day long while you live in your mothers basement. Go f*ck yourselves.”

A fan went on to tell Doja that they just want more music from her. That resulted in her continuing to go off, by explaining that they’re miserable, and an a*shole.

More in Hip Hop News
Shooting takes place at Six Flags near Chicago and list of victims are still growing [DEVELOPING STORY]
DaBaby gets dragged on Twitter for hanging himself from a cross, wearing a diaper