Home » Hip Hop News » Doja Cat teases release of a rock album, after previously hinting at it being an R&B project 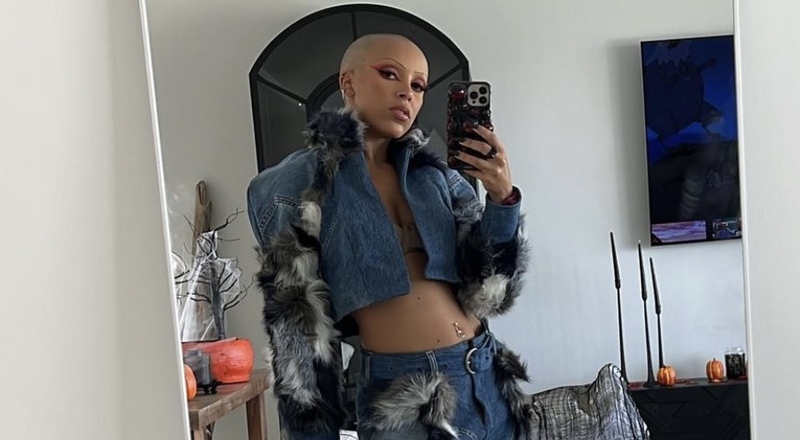 Doja Cat says she will release a rock album

Doja Cat has been taking break from performing, this summer. This is due to undergoing surgery on her tonsils, back in May. That was of a result of her tonsils being infected, right before appearing at the American Music Awards. This resulted in Doja canceling her performances on The Weeknd’s “After Hours Til Dawn” Tour, as well as upcoming festival performances.

However, Doja is now giving some insight into what her next studio album will sound like.  She recently told CR Fashion Book, that it will be inspired by rave music.

But, Doja also added that this project will be fully R&B, and have no hip-hop records on it. This was revealed in a new tweet, on Tuesday. She said “Straight R&B. No rap at all.” She did go on to tease having jazz sounds, but ended up insisting on R&B. As far as no rap being on the album at all, Doja said that she may include eight bars on it. In another tweet though, she release a voice tweet, where she emphasized that the album will actually be a rock project, and not R&B or hip-hop.

This summer, Doja also went with a new look, as she shaved her head and eyebrows off. This was done while on Instagram live, as she shut down speculation that she’s going through issues, that made her do this.

Doja Cat says she will release a rock album