Home » Hip Hop News » The Weeknd says his voice is now safe, after recently stopping LA concert early, due to losing his voice; Can perform at upcoming Toronto concert 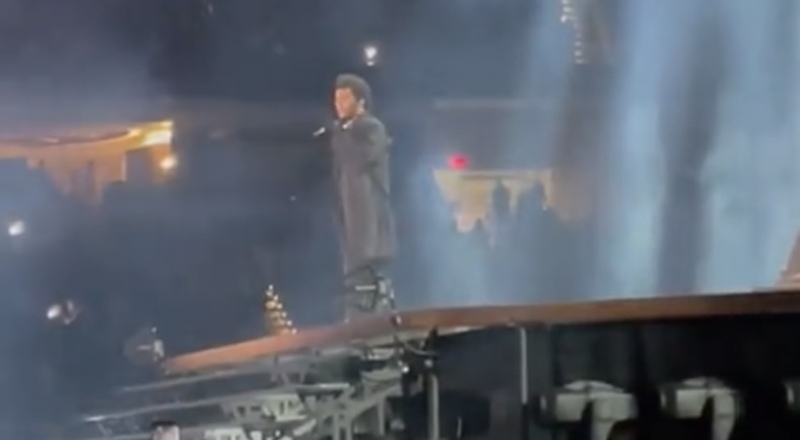 The Weeknd says his voice is now safe and can perform

Last weekend, The Weeknd performed in Inglewood, at SoFi Stadium. This is in the Los Angeles area, as he concluded his “After Hours Til Dawn” Tour, there. Unfortunately, that concert ended early, after the first few songs. Weeknd explained on Instagram that his voice began to have an issue, after his first song.

Weeknd also apologized to his fans, and said that this LA concert will be rescheduled. This happened as he’s also preparing for his concert in his hometown of Toronto, on September 23.

Now, Weeknd is delivering his fans some very good news. He has taken to Instagram to say that his voice is now “safe,” according to doctors. He can also perform in Toronto, as scheduled.

“Doctor says my voice is safe and with rest i’ll be solid and able to bring the show my TORONTO fans are waiting for. LA date is being worked out soon. Thank you SO much for all the love and understanding that’s come my way. i love you all so much… XO.”

Weeknd is also going viral for a backstage moment, that weekend. He visited a young girl with cancer, who is one of his biggest fans. The two shared a heartwarming moment, as the girl also gave Weeknd some gifts of her own, as well.

The Weeknd says his voice is now safe and can perform

Continue Reading
You may also like...
Related Topics:featured, the weeknd

More in Hip Hop News
Black woman on TikTok criticizes white man for dating a woman in every state, as she said all of his women looked alike [VIDEO]
Chadwick Boseman’s uncle is found, after going missing last weekend, in South Carolina