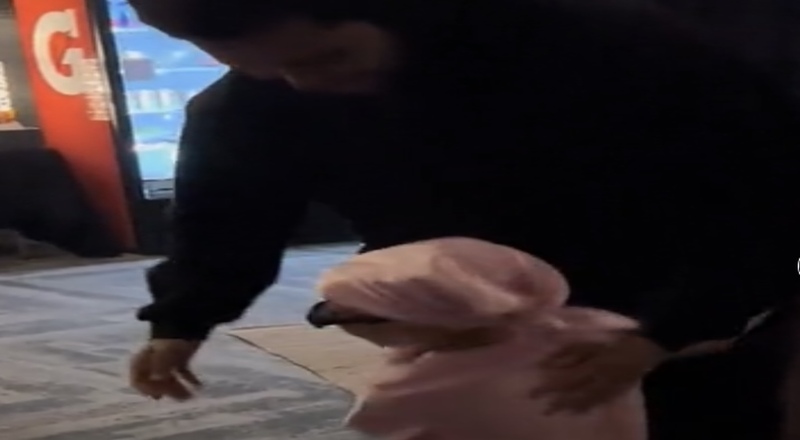 The Weeknd meets fan with cancer at concert

Over the weekend, The Weeknd trended on social media, due to the second night of his Los Angeles concert at SoFi Stadium, being cut short, very early. This was after a few songs, due to Weeknd losing his voice, after performing the first song, of the event. He later took to social media to apologize to his fans, and revealed that a new concert in LA would be rescheduled. Weeknd had been on his “After Hours Til Dawn” Tour.

Now, Weeknd continues to make his fans even happier. A video on TikTok has been going viral, of him meeting a very young girl, who’s a fan of his. This is a girl who’s been battling cancer, and has been trying to meet Weeknd, since July. Her mother initially attempted to make this happen, on Twitter, back in July.

“My daughter wants to meet her favorite artist @theweeknd and go to his concert. I want to make that happen for her, she deserves the best of the best. she’s kicking cancer’s butt and still being a light in this world. help me make it happen for her. #AbelMeetKatana.”

This woman revealed that her sister got them tickets for floor seats, Weeknd’s concert in LA, for September 2. This was to celebrate her daughter’s birthday, on September 9.

It’s unclear if Katana met Weeknd before or after that LA concert. In the TikTok video though, she is very ecstatic to meet him, as he is about her. Katana also gave Weeknd various gifts, that he appreciated very much, including for his dog.

The Weeknd meets fan with cancer at concert

Continue Reading
You may also like...
Related Topics:featured, the weeknd