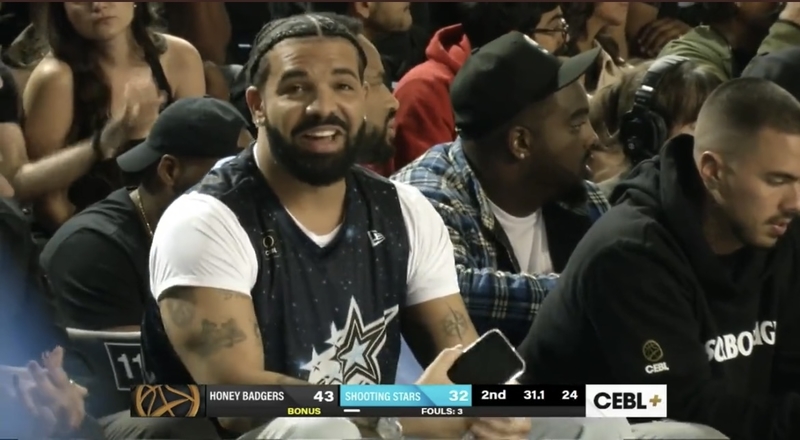 Last month, J. Cole surprised many, as it was announced that he would play professional basketball again. This time, it’s for the Scarborough Shooting Stars, of the Canadian Elite Basketball League. Cole has been in action already, as the Shooting Stars also played in the Toronto area, on Saturday night.

The Shooting Stars had a packed house, as Drake also stopped by. Drake and Cole have been friends for years, as they also collaborated on Cole’s “In The Morning” single, in 2011. Drake sat court side at this game, as he enjoyed seeing Cole being on the court again. Scarborough ended up losing to the Hamilton Honey Badgers, 84-69. Drake also wore Cole’s No. 15 jersey.

Cole’s basketball experience stems from walking on, at St. John’s University, over 14 years ago.Last summer, Cole also played pro basketball, in Africa. He was with the Rwanda Patriots, of the Africa Basketball League. Cole was only with the team for a few weeks, but definitely loved his time there.

Cole also expressed his desire to have an NBA tryout, back in 2020. That came after releasing a Puma commercial, with Master P. The Detroit Pistons ended up inviting Cole for a workout, but that didn’t appear to end up happening.