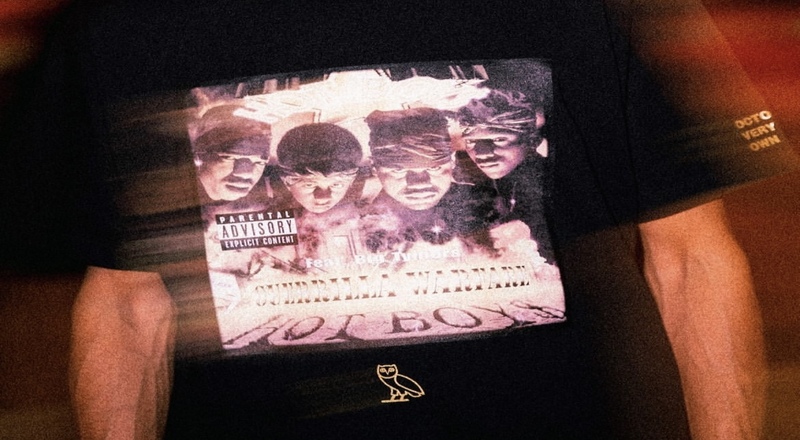 Now, Drake has released the latest OVO capsule. This comes in the form of paying tribute to Drake’s mentor Lil Wayne, and Wayne’s Hot Boys group. This consisted of Wayne, B.G., Turk, and Juvenile. In this capsule, Hot Boys t-shirts and hoodies are available, which are part of OVO’s 2022 fall/winter collection. Fans can now purchase the items in this OXO x Hot Boys capsule on OctobersVeryOwn.com.

The launch of this apparel comes a few weeks after Drake held his annual OVO Fest concert, in his hometown of Toronto. At the conclusion of the Young Money Reunion with Drake, Wayne and Nicki Minaj, Wayne announced that he is working on his “Tha Carter VI” album. He added that this project is coming soon. Wayne’s previous studio album arrived back in January 2020, which was his chart-topping “Funeral” album. His last Tha Carter album was released way back in September 2018.

Check out a closer look at the OVO x Hot Boys capsule, below.

More in Hip Hop News
Ginuwine responds to being turned into a meme, by announcing his new podcast, “The G Spot,” and says he is making bobbleheads [PHOTO]
Lil Wayne postpones Lil Weezyana Fest to October 29