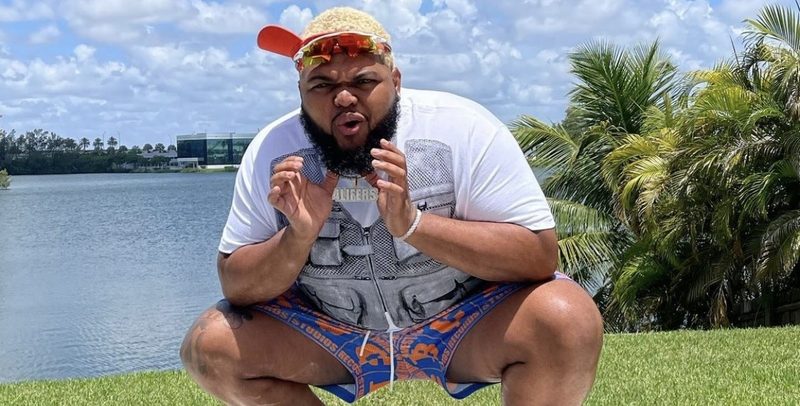 In late September, NBA Youngboy shockingly welcomed his 10th child, at the very young age of 2022. This latest child is also his second, with his girlfriend, Jazlyn Mychelle. The two got together at the top of 2021, and also had their first child that year.

Last month, Youngboy and Jazlyn announced their second pregnancy, in the “Purge Me” music video. it was there, that Jazlyn showed off a baby bump. She also posted a YouTube vlog about her pregnancy.

Youngboy seems to be very close to Jazlyn now, and isn’t letting anyone clown her on social media. Comedian Druski recently commented on an Instagram post, that Jazlyn looks like him. Youngboy’s record label, Never Broke Again LLC, went on to reply “This why y’all n*ggas be dying.”

It’s unclear if Youngboy was the one who actually typed out this comment, but it’s clear that he isn’t letting anyone speak on his girlfriend, and the mother of two of his children.

In August, NBA Youngboy also scored his second number one album, in less than a year. This was with his 30-track “The Last Slimeto” album. That included collaborations with Quavo, Kehlani, and Rod Wave.

Check out Druski getting called out by NBA Youngboy’s record label over his Jazlyn Mychelle comment, below.

More in Hip Hop News
Fivio Foreign says GloRilla deserved Best Breakthrough Hip-Hop Artist award, at Hip-Hop Awards, and that he wasn’t robbed of it
Woman, aged 21, was fatally shot by her 31 year old male friend after she beat him in a game of basketball