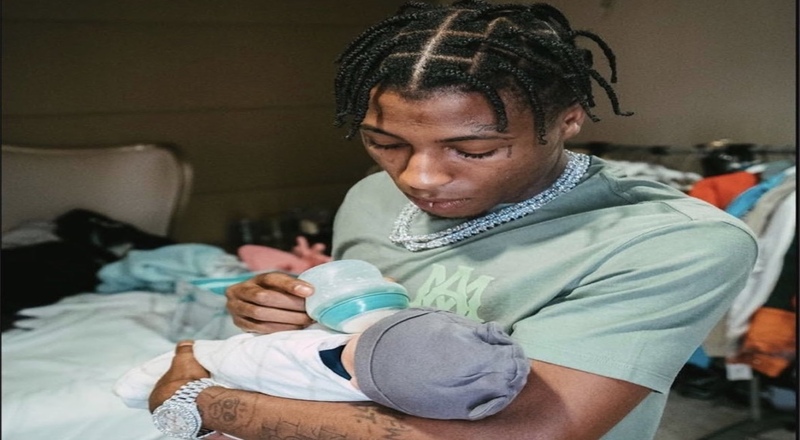 NBA Youngboy and Nick Cannon definitely have one major thing in common, and that is they both love having many kids. For Youngboy, he is starting to have a whole lot, at the very, very young age of 22.

However, on Wednesday, it was being reported online, that Youngboy’s 10th child was born. This is said to be his second with his current girlfriend, Jazlyn Mychelle. The two had their first child together, in 2021, after becoming a couple at the start of the year. Therefore, a photo has since gone viral, of Youngboy holding this newborn child.

Earlier this month, Youngboy and Jazlyn confirmed this second pregnancy, in YB’s “Purge Me” music video. There, Jazlyn sported a visible baby bump. In her YouTube channel, she went on to confirm that the gender of the child is a boy. In this clip, she and Youngboy were putting together a crib.

In August, Youngboy also scored his second number one album, in less than a year. This was with his 30-track “The Last Slimeto” project. That also contained features from Kehlani, Quavo, and Rod Wave.

Check out a closer look at NBA Youngboy with his 10th child, below.

More in Hip Hop News
Cardi B says people owe PnB Rock’s girlfriend an apology, for blaming her for PnB being targeted in shooting, after police now say shooter was at Roscoe’s before PnB arrived
Baby Keem and Converse announce partnership [VIDEO]