Home » Hip Hop News » Jazlyn Mychelle is having NBA Youngboy’s second child, and his 10th child in total, as the two reveal baby bump in “Purge Me” music video 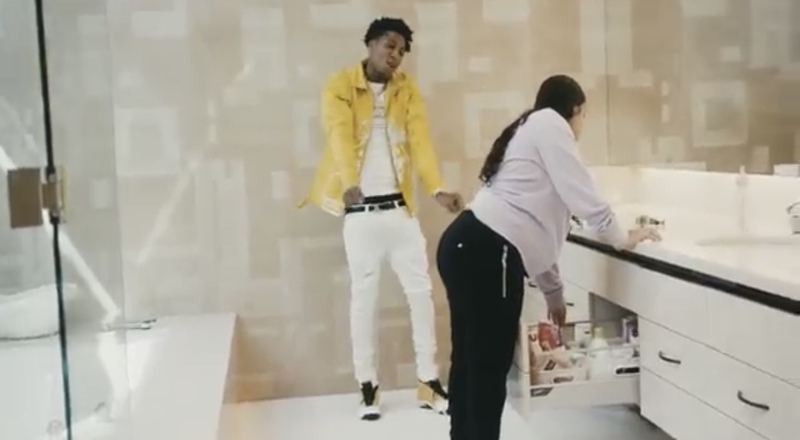 Jazlyn Mychelle is having another child with NBA Youngboy

On Sunday night, news surfaced that NBA Youngboy is expecting his 10th child. This was due to him posting an Instagram dump full of photos, which included a woman showing off a baby bump. Many wondered if this was Youngboy’s girlfriend Jazlyn Mychelle, or another woman.

Youngboy went on to give some answers, in his new “Purge Me” music video, which was also released on Sunday night. The pregnant woman in question, is Jazlyn Mychelle, as both appeared in the visuals for this song. Mychelle sported an obvious baby bump, as she appears to already be deep into the pregancy.

In late 2021, Mychelle also gave birth to a child with Youngboy. That came months after Youngboy had a child with Yaya Mayweather, at the start of the year. At this point, the Baton Rouge rapper is shockingly at child number 10, at the very young age of 2022.

Youngboy and Mychelle got together at the start of 2021, around the time Youngboy and Yaya split. Youngboy went public with Mychelle, after going on a ski trip together.

Check out NBA Youngboy and Jazlyn Mychelle showing off their second pregnancy together, below.

Jazlyn Mychelle is having another child with NBA Youngboy

More in Hip Hop News
NBA Youngboy hints at expecting his 10th child, at the age of 22, after posting woman’s pregnant stomach
Promoter says Latto wouldn’t accept Zelle payment to cover part of cost for her performance, after she claimed she canceled Atlanta show, due to not being paid all of her money