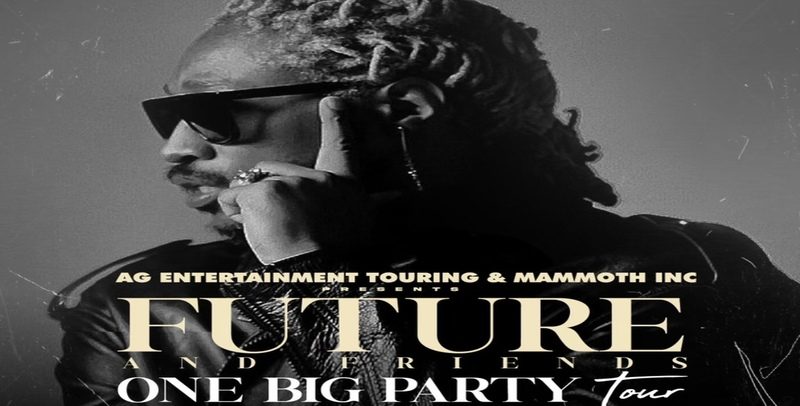 In 2022, Future continued to prove why he’s still one of the biggest artists in the industry. In April, he released his new “I Never Liked You” album, which went on to become another number one debut for him. This ended up containing the massive hit single, “Wait For U,” featuring Tems and Drake. Both I Never Liked You and Wait For U have also since scored 2023 Grammy nominations. Wait For U was also the most streamed song on Apple Music, for 2022.

Now, Future is finally touring again, in 2023. He’s announced on social media, that he will be venturing on his “One Big Party” Tour. This will kick off on January 7, in Houston. Six dates will be available, as the tour will conclude on January 27, in Boston. Tickets are available for purchase now.

Various guest performers will also be hitting the stage, on these tour dates. Many anticipate that these will be some of Future’s most frequent song collaborators, on his mixtapes and albums.

Check out the full list of dates, cities and venues for Future’s upcoming “One Big Party” Tour, below.

Continue Reading
You may also like...
Related Topics:featured, future, One Big Party Tour

More in Hip Hop News
Janis Gaye, the ex-wife of the late Marvin Gaye, reportedly passed away at the age of 66
Takeoff passed away without a will and his parents are now reportedly arguing over distribution of assets