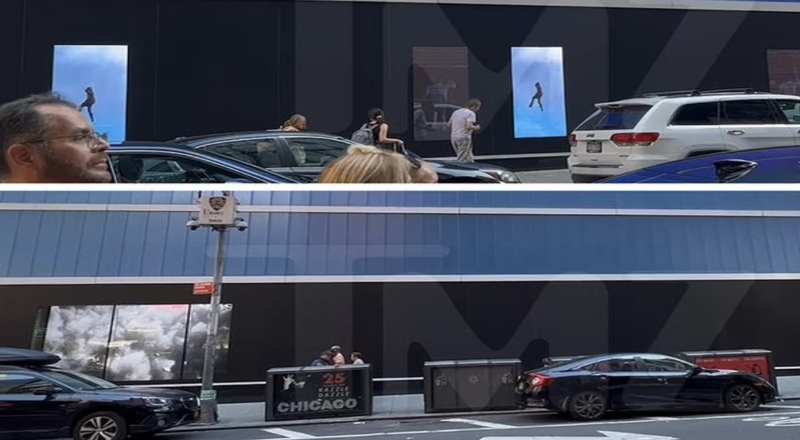 On Thursday, Kanye West officially revealed that he was ending his partnership with Gap. This is due to the brand supposedly having meetings without him, not selling the new Yeezy Gap clothes they had, and not opening stores specifically made for these Yeezy Gap items.

Kanye also went on to bash GAP even more, while making an appearance on CNBC. He claims that the they wouldn’t let him lead, and that he won’t argue with people who are more broke than him, about money. Kanye initially signed a 10-year deal with Gap, back in the summer of 2020.

Now, Gap is quickly removing all signs that indicate that they’re still partners with Kanye. According to TMZ, all signs near Gap’s New York City Times Square location have been removed. This includes Kanye being on one of them, as well as the Gap Yeezy Balenciaga “Dove Hoodie.” These signs were all reportedly removed 12 hours before Kanye went public, about the partnership ending.

Remaining Yeezy Gap inventory will continue to be sold in stores. After that though, fans won’t be able to. get their hands on these items anymore. Fans previously came out about how Kanye wanted these items sold out of trash bags, and not on hangers.

More in Hip Hop News
Louisiana school bus driver arrested for kidnapping a 13 year old girl he claimed he was in love with
Kanye West rumored to be dating model Candice Swanepoel, after being spotted with her, at NY Fashion Week [VIDEO]