Home » Hip Hop News » Fan claims that Kanye West got angry at store employees selling Yeezy Gap items, for having items on hangers, and wanted them sold out of trash bags instead 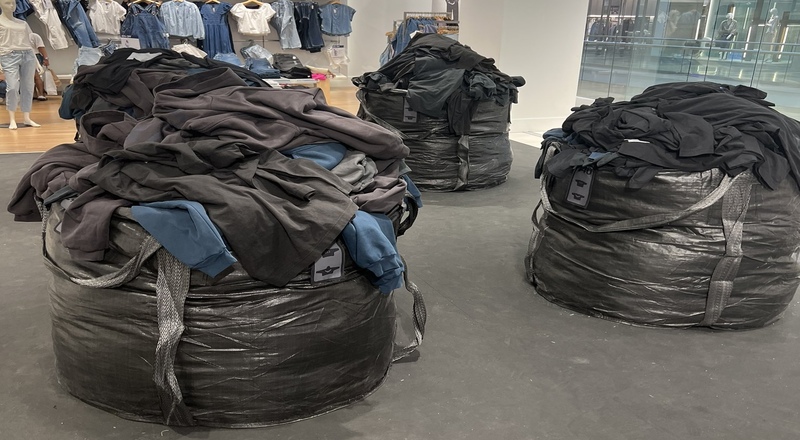 Back in 2020, Kanye West signed a 10-year deal, with Gap. This came after Kanye grew up being very interested in the iconic clothing brand, as his Yeezy apparel finally began to collaborate with them. Kanye and Gap have since sold apparel such as jackets and hoodies.

However, fans have not been having good experiences, in attempting to purchase these Yeezy Gap products. One fan’s tweet has gone viral, as they claimed that a sales associate at a Gap store, claimed that Kanye was angry, when finding out that the clothes were being held on hangers.

The sales associates at the Gap store is also said to have been instructed to not find customers’ sizes, as well. The items are also being sold out of trash bags, in a very unorganized manner.

Check out a closer look at how Kanye West’s Yeezy Gap apparel are being sold in-person, below.

More in Hip Hop News
Teddy Ray’s cause of death was revealed; Comedian was found in pool, dead from apparent drowning
Kansas City pastor calls his congregation broke for not buying him a watch [VIDEO]