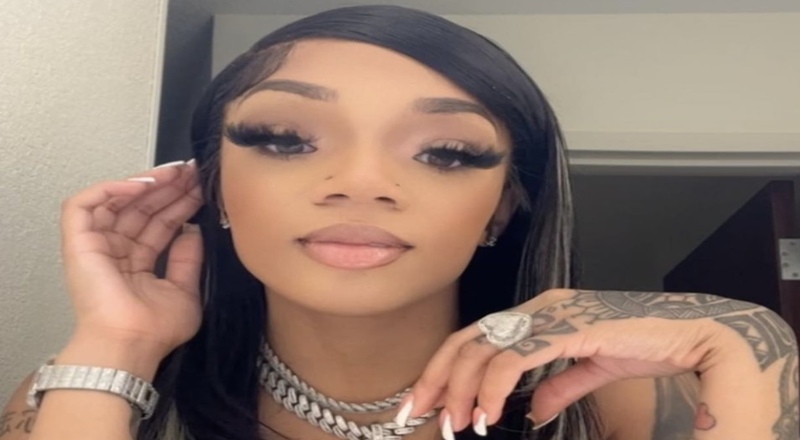 GloRilla confirms that her middle name is Hallelujah

In 2022, GloRilla has been one of the biggest breakout artists. At the end of the spring, her “F.N.F. (Let’s Go)” single went viral, as it instantly became a summer anthem. The success of that record led to GloRilla signing a record deal with fellow Memphis native Yo Gotti’s CMG record label.

GloRilla has since been able to follow F.N.F. up, with even more hits. These include “Tomorrow” and “Blessed.” Last month, she released the remix to Tomorrow, which was “Tomorrow 2.” This included a huge feature from Cardi B, as it went on to debut at number 10, on the Billboard Hot 100 chart. This is GloRilla’s highest-charting song to date, as F.N.F. is also currently at number 44.

On Friday, GloRilla also trended, as many saw that her middle name is supposedly “Hallelujah.” On Saturday evening, she took to Twitter, as she appeared to confirm that this is true. Previously, fans knew that her first and last name is Gloria Woods.

“Why y’all acting like Ian been told y’all my middle name hallelujah? Dats why I’m so blessed & my p*ssy so good duhhhhhh !!!! Common damn sense.”

On November 11, GloRilla is also releasing her debut EP. This project is titled “Anyways, Life’s Great.” She announced this project, earlier this week.

GloRilla confirms that her middle name is Hallelujah