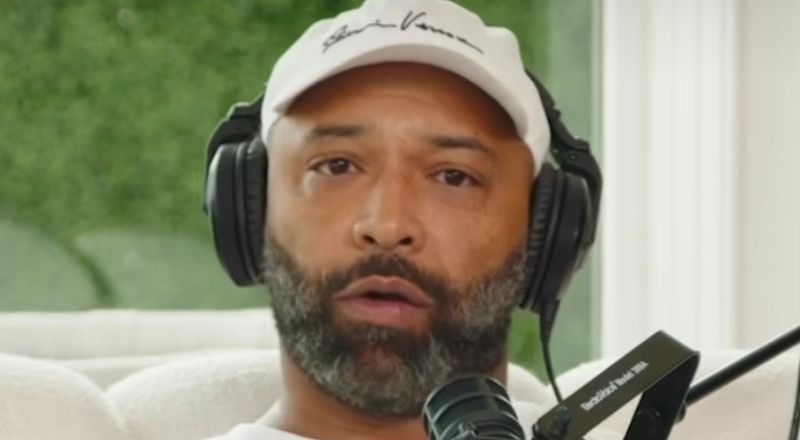 Joe Budden is trending once again but this time the topic is not so funny. In a recent episode of his show The Joe Budden Podcast, he made a disturbing comment. Joe admitted to pretending to put on condoms during sex in the past. The podcaster went into further detail stating he also preferred thin condoms.

Joe Budden is famously known for his uncensored podcast show. With millions of streams, the platform became a top show in 2021. Celebrities like Nicki Minaj and Latto have appeared as guests. Although the show was a huge success, Joe Budden has a habit of being a bit too honest.

In this trending episode which was reportedly removed, Joe Budden gets candid about his sexual practices. During the episode he jokingly stated “even I done walked into a corner and faked like I put a condom on before“. He then continued on to say.. that was my poor execution of my plan after I mastered it which was bust through the lambskin”. The comment left listeners shocked, blasting Joe for admitting to sexual assault on women. Joe made a comment via The Shade Room on Instagram, under a post about the viral clip. Rumors are circulating that The Joe Budden Podcast may be cancelled for good.