Home » Hip Hop News » Judge calls out people in courtroom who laughed, when Young Thug asked to use restroom, before his bond request was denied [VIDEO] 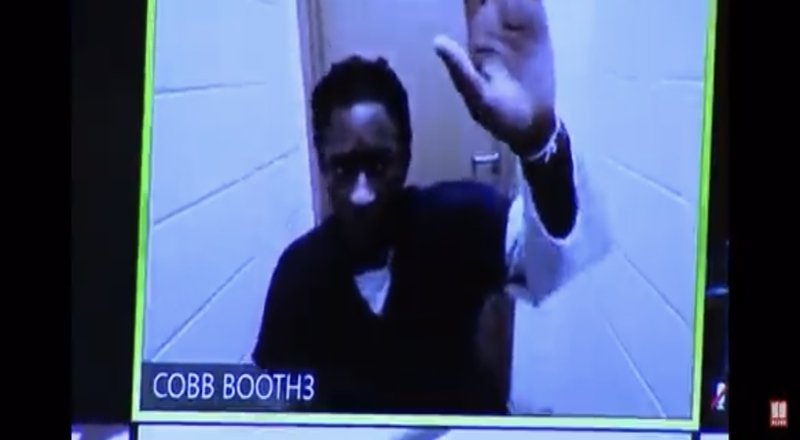 This evening, it was finally revealed what the decision would be, regarding Young Thug’s bond request. A judge ended up denying this request, as prosectors explained how Thug is dangerous, and the request should be denied, due to posing a threat to the public, and concern of witness tampering.

In addition to Thug, Gunna’s request for bond was also denied, last month. During Thug’s hearing, he suddenly asked the judge if he could use the restroom. When this was asked, several people in the courtroom laughed. Thug made this court appearance virtually.

This judge also let people in the courtroom, take a bathroom break. When everyone got back, the judge checked those who laughed at Thug, as he explained that that shouldn’t be happening, in that courtroom. The judge added that those who laughed could get punished, should they continued.

Thug and Gunna were arrested last month, on a 56-count indictment. 26 others in their YSL crew were also arrested. At Thug’s hearing on Thursday, prosecutors said that Thug is dangerous, and the one who controls YSL’s criminal activities. Thug will remain in jail, until his trial in January 2023, just like Gunna.

Check out the judge calling out those in the courtroom who laughed at Young Thug’s bathroom request, below.

People laughed at Young Thug asking to use the restroom during his bond hearing and the judge told them to stop pic.twitter.com/sTGNM1z1xu

After the recess from the bathroom break, the judge returned and checked those in the courtroom who laughed when Thug askedpic.twitter.com/smLeD5nKVK