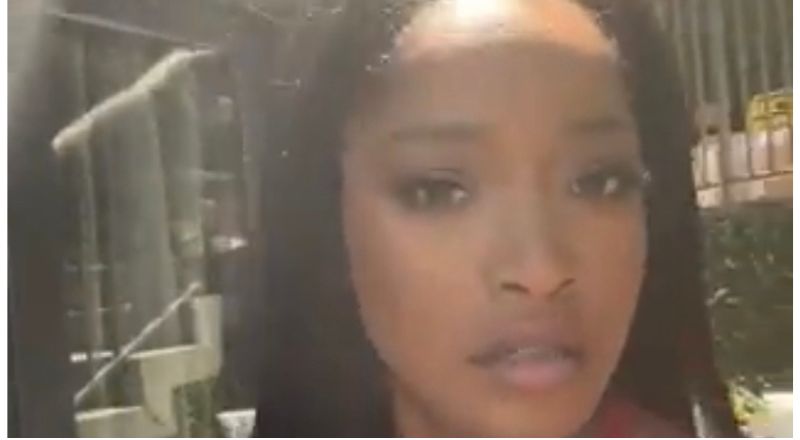 KeKe Palmer is clearly that girl in Hollywood showing off her talent singing along with Beyonce. A video of KeKe Palmer singing Beyoncé’s single Alien Superstar from her Renaissance album surfaced on Twitter. As KeKe gave an impromptu performance starting off with a positive message, the #BeyHive couldn’t help but show her praise.

KeKe Palmer is one of the brightest stars in Hollywood. With an acting career spanning over a decade, she’s appeared in over 20 major films. KeKe’s breakout role was in the 2016 film Aakeelah and the Bee, co staring aside Angela Bassett and Lawrence Fishburne. Further growing her influence, she starred in shows on Disney Channel, Netflix, Cartoon Network, Fox and so many others. Recently she starred in the box office hit Nope directed by Jordan Peele, receiving more praise for her work.

Aside from her incredible acting resume, KeKe is a talented singer and performer. Her 2011 album So Uncool became a classic for young girls everywhere. Also a natural comedian, KeKe has been crowned the meme queen via social media for her hilarious video clips. Keke’s larger than life personality is contagious anytime she graces the screen, it’s no surprise fans took to Twitter to show her love.

More in Hip Hop News
Taylor Swift responds to “Shake It Off” lawsuit, saying she’s never heard of 3LW or “Playas Gon Play”
Kenya Moore said she is not attracted to John, her date on this week’s #RHOA episode